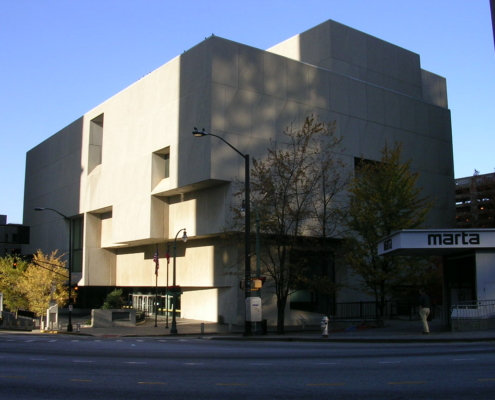 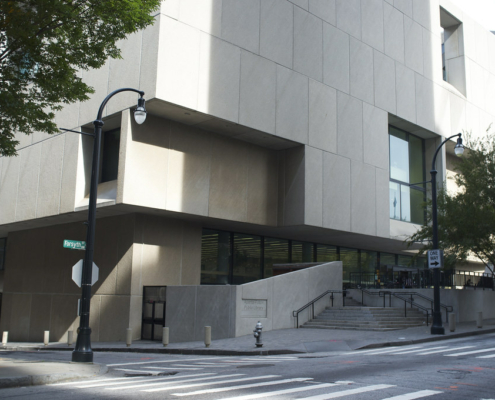 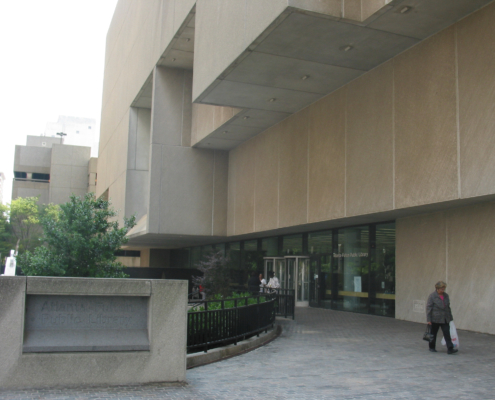 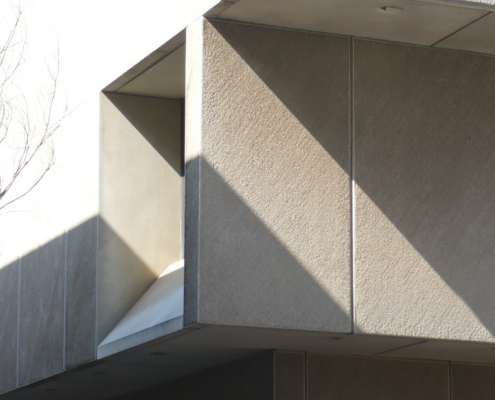 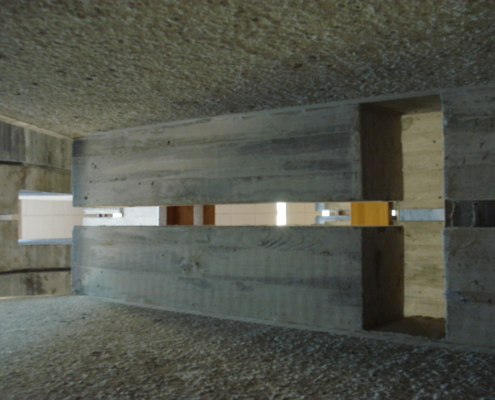 Built in 1980, the Atlanta-Fulton Central Library looks unlike most of its surrounding structures, serving as a counterpoint to the face of historic downtown in the same way that the Guggenheim Museum in New York City contrasts with its neighboring buildings. Designed by famed architect Marcel Breuer, this outstanding example of the Brutalist style is perhaps one of the most recognizable modernist structures in Atlanta. The design can be viewed as an evolution of the earlier Breuer-designed Whitney Museum of American Art in New York. The downtown Atlanta library, is surrounded by an intensely urban scene of hotels, office towers, cars, and pedestrians, yet still commands attention through its forms, materials, and public space. Construction began in 1977, and when the structure was completed in 1980 it featured a 300-seat theater, six stories of library space, and a restaurant. The building was built for a capacity of 1,000 users and 1 million volumes. The structure consists of a steel frame and concrete slabs, and the exterior is composed of precast concrete panels that were bush-hammered for texture. Concrete was chosen as the material because concrete allowed for the most economical implementation of the special shapes required for the recessed windows and splayed reveals. The second, third, and fourth stories are connected by a monumental concrete staircase.