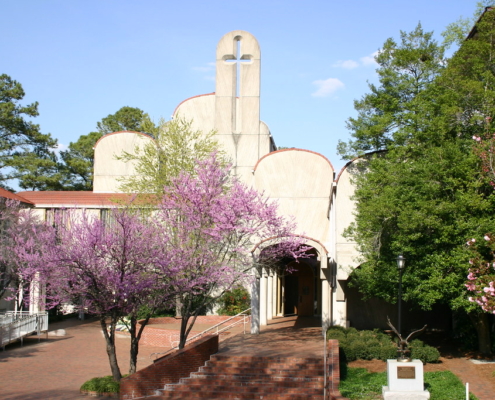 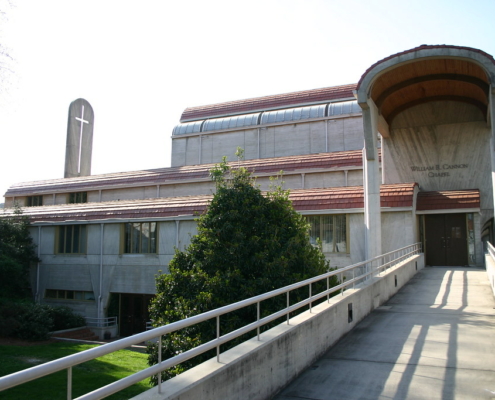 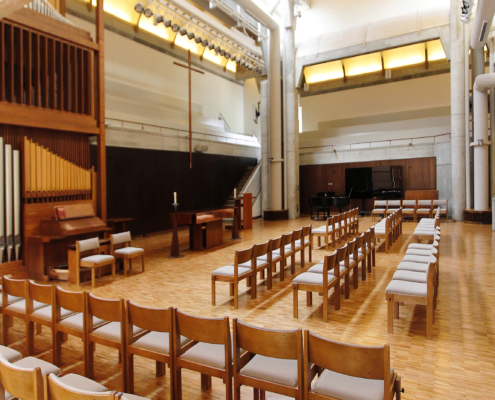 Cannon Chapel was designed by internationally-acclaimed architect Paul Rudolph, the son of one of Emory University Candler School of Theology's first graduates. It was named for William R. Cannon, who was dean of Candler School of Theology and later a bishop of the Methodist Church. Ground was broken for the chapel on August 30, 1979, by U.S. President Jimmy Carter, and the building was consecrated on September 30, 1981. The interior was intentionally designed to be used by many different faiths, and it serves as the University's interfaith center. The chapel houses the Office of the University Chaplain and Dean of Spiritual and Religious Life, Candler School of Theology's Assistant Dean for Worship and Music, a large multifaith chapel, several prayer rooms, a classroom, and meeting and fellowship spaces. It hosts a stunning variety of diverse spiritual practices weekly and throughout the year, including Hindu aarthi, Buddhist meditation, Jewish high holiday services, Catholic mass and Protestant worship, and Muslim Jumu'ah Prayer.