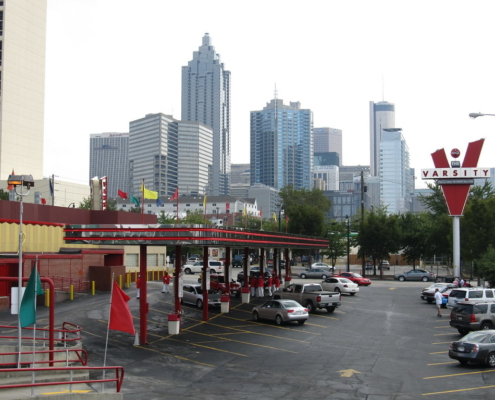 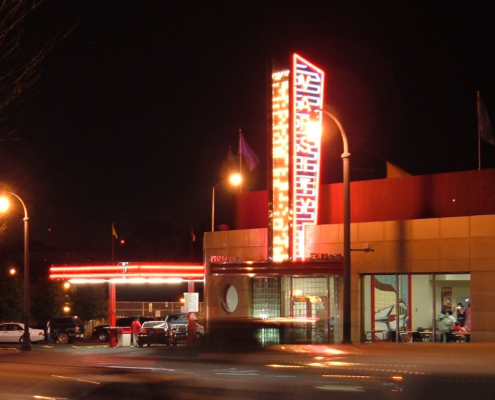 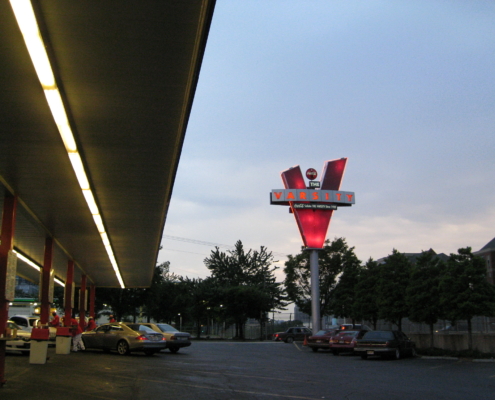 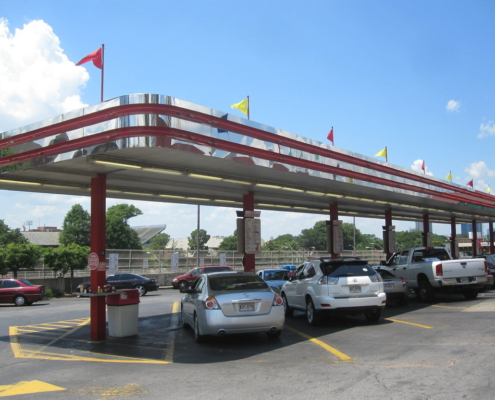 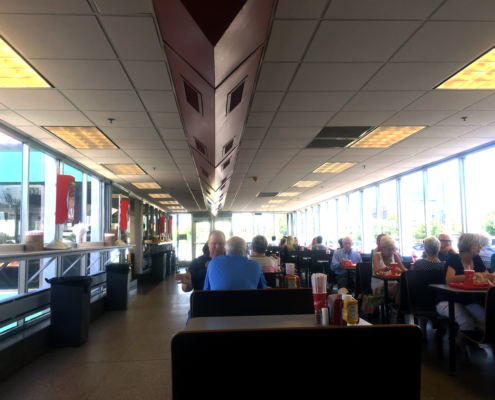 In 1928, Frank Gordy started slinging burgers and dogs in a humble brick building across from Georgia Tech. Now spanning two city blocks on Atlanta’s North Avenue, the Varsity is the largest drive-in fast-food restaurant in the world. The nostalgic establishment has served the likes of Elvis Presley, Clark Gable, Muhammad Ali, and at least four former U.S. presidents. There are now six other branches across metropolitan Atlanta, including one near the University of Georgia in Athens. Originally named "The Yellow Jacket", The Varsity was established in 1928 at the corner of Luckie Street and Hemphill Avenue in Midtown Atlanta. The current location in Atlanta is now adjacent to the Downtown Connector's interchange with North Avenue. When that freeway was built, it took out several blocks of Williams Street and much of The Varsity's western parking lot, forcing a parking garage to be erected as a replacement.