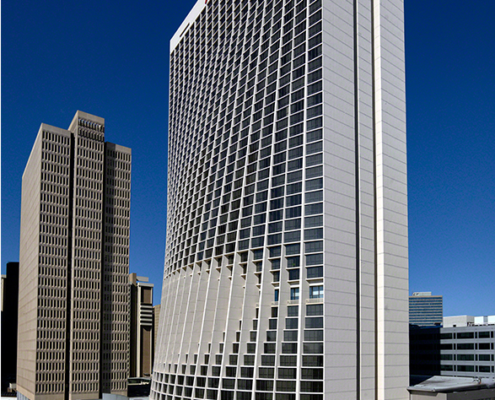 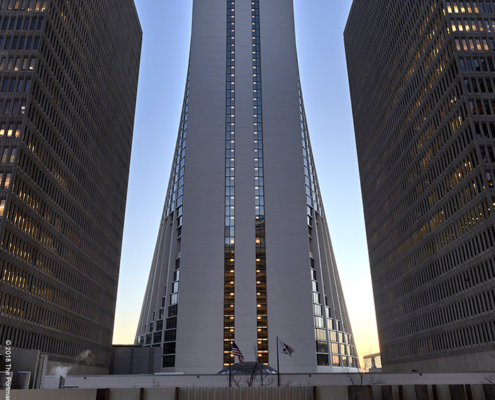 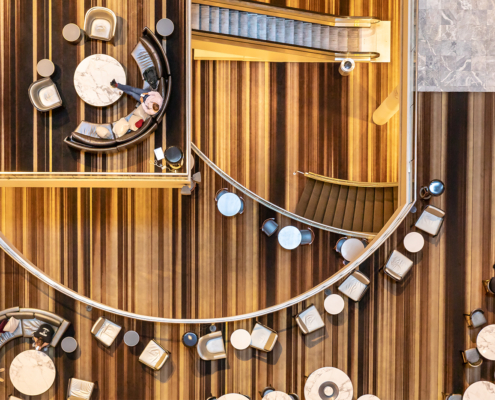 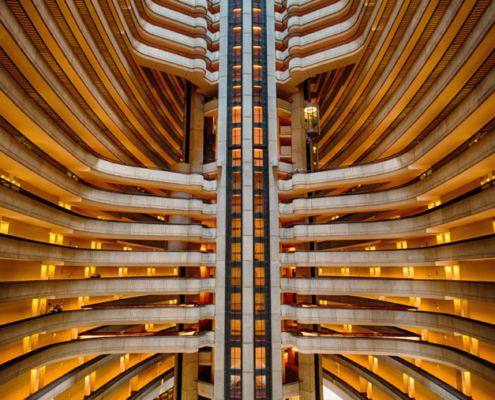 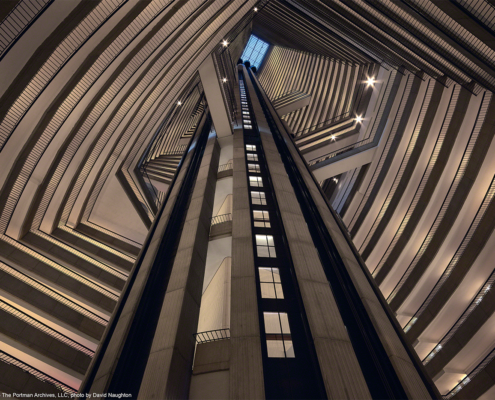 The Atlanta Marriott Marquis is a 52-story hotel in Atlanta, Georgia. It is the 14th tallest skyscraper in the city. The building was designed by Atlanta architect John C. Portman, Jr. with construction completed in 1985, and because of its bulging base, it is often referred to as the ""Pregnant Building"". One of the defining features of the Marriott Marquis is its large atrium. It was the largest in the world upon its completion in 1985, at 470 feet high. The atrium spans the entire height of the building and consists of two vertical chambers divided by elevator shafts and bridges. To create a timeless infrastructure such as the Atlanta Marriott Marquis, a notable hotel in Portman’s architectural oeuvre, Portman’s plan was to change the landscape of hotel design far beyond the city of Atlanta. The major benefit to acting as architect and developer is greater control over the execution of design vision. Because Portman served as both developer and designer of the Atlanta Marriott Marquis, he experienced more freedom to develop his own philosophy and ideology.