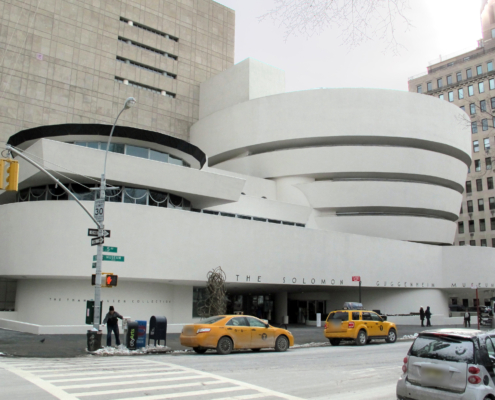 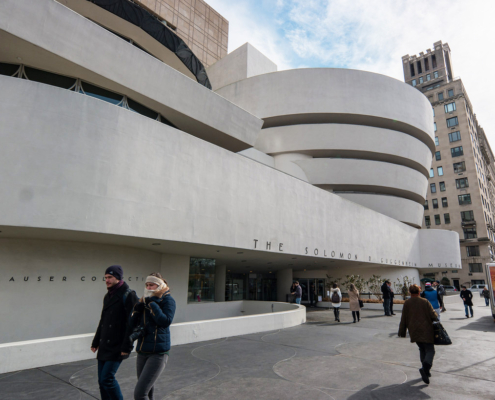 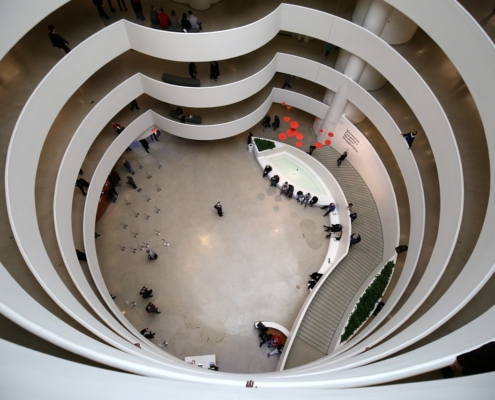 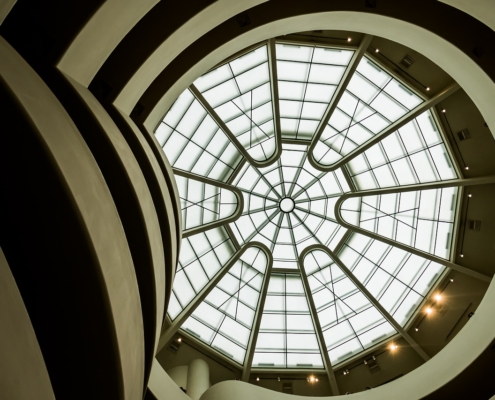 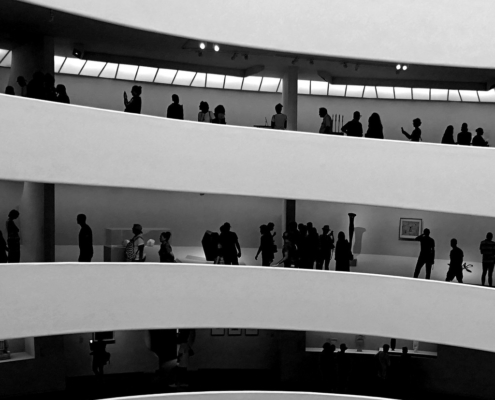 Swelling out towards the city of Manhattan, the Solomon R. Guggenheim Museum was the last major project designed and built by Frank Lloyd Wright between 1943 until it opened to the public in 1959, six months after his death, making it one of his longest works in creation along with one of his most popular projects. Completely contrasting the strict Manhattan city grid, the organic curves of the museum are a familiar landmark for both art lovers, visitors, and pedestrians alike. The exterior of the Guggenheim Museum is a stacked white cylinder of reinfored concrete swirling towards the sky. The museum's dramatic curves of the exterior, however, had an even more stunning effect on the interior. Inside Wright proposed ""one great space on a continuous floor,"" and his concept was a success. Walking inside, a visitor's first intake is a huge atrium, rising 92' in height to an expansive glass dome. Along the sides of this atrium is a continuous ramp uncoiling upwards six stories for more than one-quarter of a mile, allowing for one floor to flow into another. The ramp also creates a procession in which a visitor experiences the art displayed along the walls as they climb upwards towards the sky. The design of the museum as one continuous floor with the levels of ramps overlooking the open atrium also allowed for the interaction of people on different levels, enhancing the design in section. Although the space within the building is undeniably majestic and the building itself monumental, it was not perfectly successful in terms of function. The curved walls of the interior were intended so that paintings had to be tilted backward, as on the artist's easel.