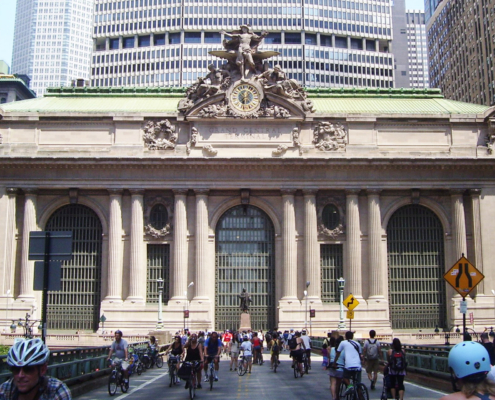 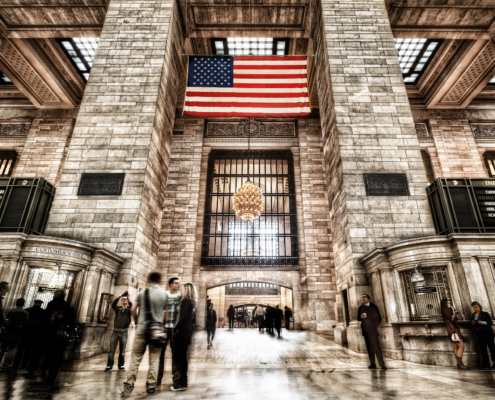 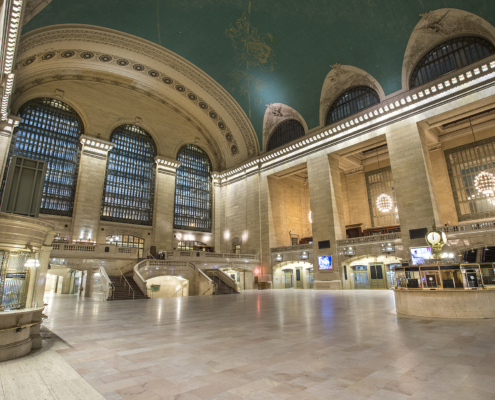 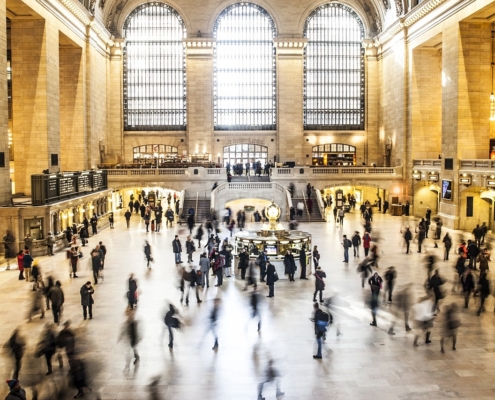 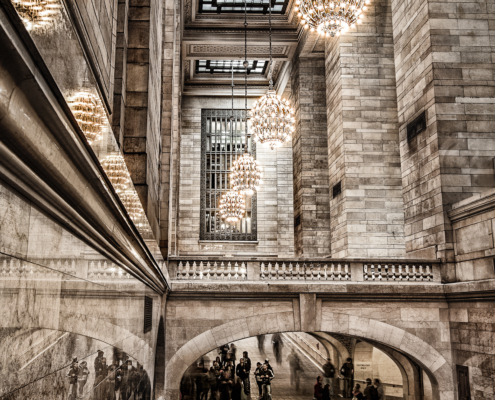 When it comes to the world’s most majestic train stations, New York’s Grand Central Terminal almost always makes the list. Built in 1913, the Beaux Arts depot is the world’s largest in terms of platforms—there are 44 of them serving 63 tracks—and it’s famed for its elaborate details such as the magnificent celestial ceiling mural and the iconic four-faced clock, worth an estimated $10–20 million, in the main hall. But despite being an architectural gem, Grand Central was almost lost to the wrecking ball, like its competitor Penn Station, in the 1970s. Suburban and long haul trains are isolated on two separate levels of tracks. Multi-level circulation ramps replace stairs, facilitating pedestrian traffic through the station. The building is replete with amenities for the traveler--commercial establishments, a police station, changing rooms, private offices and apartments. The station still functions well, despite subsequent rearrangements and a dramatic increase in traffic. Modeled on Roman imperial baths, Warren & Wetmore's Beaux Arts architectural design is, in effect, a surface dressing for this masterful circulation plan. The monumental main concourse is capped by a vaulted plaster ceiling suspended from a steel substructure. Thermal windows bring light into the concourse and serve as hallways linking to office spaces at the concourse's four corners. Guastavino vaults grace portions of the broad, shallow lower level. Acorns and oak leaves--both symbols of the Vanderbilt family--adorn the interior. Outside, the limestone-clad station's southern facade has the grand scale of the interior. Modeled on a Roman triumphal arch, the facade symbolizes the triumph of the railroad. It was also envisioned as a gateway to the city, then located primarily to the station's south. After the original Pennsylvania Station was demolished in 1963, Grand Central Terminal was land-marked. This innovative complex, integrating the train system with an intricate web of urban conditions, will be preserved for the enjoyment of future generations.