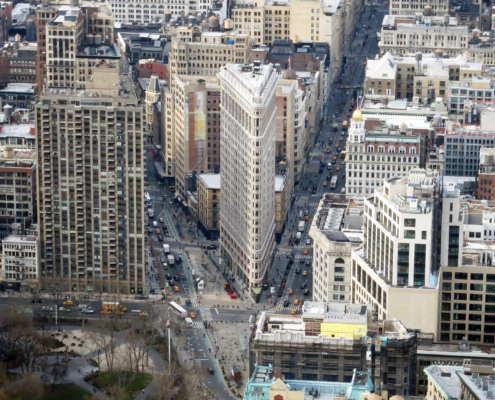 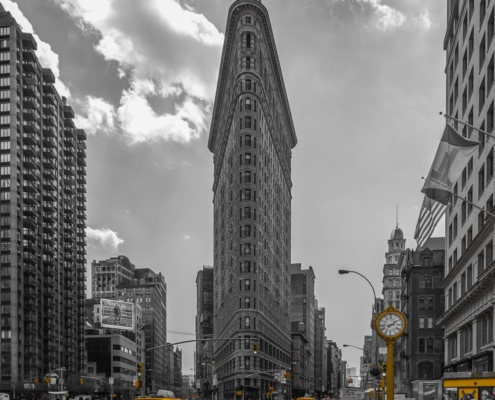 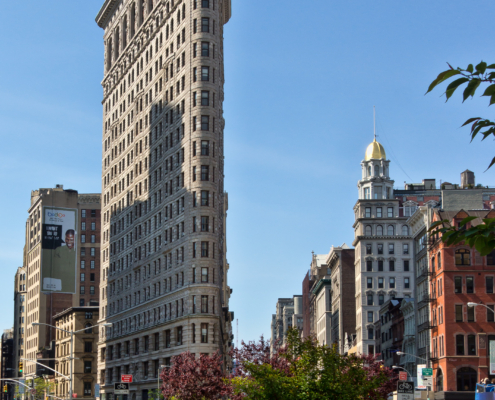 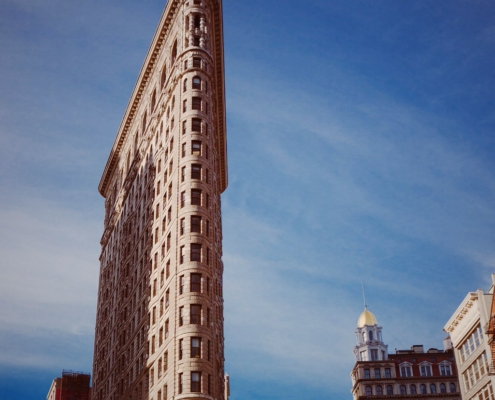 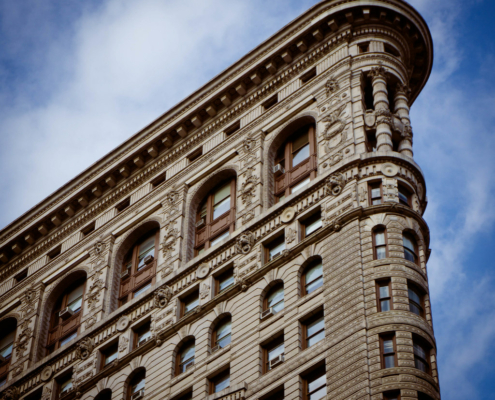 As one of the most widely recognized buildings in New York City, as well as the world, the Flatiron Building was/is an innovative architectural statement at the turn of the 20th Century. Completed in 1902 by Daniel Burnham, the Flatiron Building was a prime architectural design at the advent of steel skyscraper construction in the United States. Known for its triangular design at the intersection of 5th Ave. and Broadway, the Flatiron Buildings iconic presence has transformed an entire area of Manhattan into the Flatiron District. Manhattan has been and always will be synonymous with the overarching imposition of the grid system that defines the entire city, but each block as part of a larger collective system. With histories of Dutch and English influence, the Commissioners’ Grid System imposed in 1811 has moments of discontinuity where streets such as Canal and Broadway cut across the grid to form residual spaces that are typically too small or difficult to develop. However, the triangular residual space created by the intersections of 5th Ave., Broadway, and 23rd street have created one of the most recognized and famous buildings in the discipline of architecture. With the Flatiron Building, Burnham use the sites footprint to generate the base of the building; he employed a Renaissance design aesthetic with a Beaux-Arts styling that resulted in a tripartite steel skyscraper resembling a column of antiquity: base, shaft, and capital. Similar to older precedents in architecture, the Flatiron Building appears heavy and solid, as it has a firm base before it becomes slender as it moves towards the capital. The Beaux-Arts styling and detailing give the steel scraper a touch of architectural precedent found Europe at the time. The building is clad in limestone and glazed terra cotta, which amplifies the heavy, yet rich aesthetic. One of the most interesting aspects of the Flatiron Building is that its design accentuates the triangular site, which is due to its acute angel at 5th and Broadway that creates the cornered condition; the northern vertex of the building is only 6.5 feet wide. Its narrow profile creates an interesting spatial configuration within the building where slanting walls accommodate for the narrow corner offices that open up to panoramic views of Midtown Manhattan. For over 100 years, the Flatiron Building has been an architectural icon and an international tourist attraction. Even though, it is still a private office building does not detract from the wonder and amazement that it stirs up upon seeing if for the first time. Since its construction, the Flatiron Building has been designated by New York City, as well as the United States as a historical landmark.

The New Museum Scroll to top