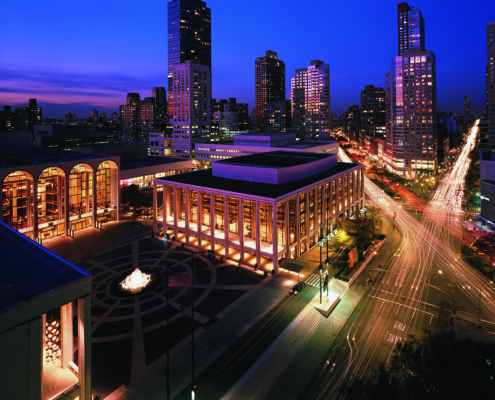 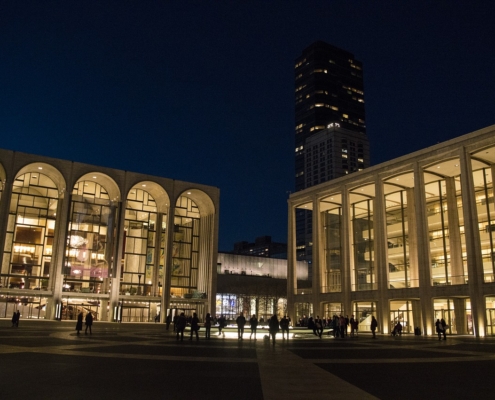 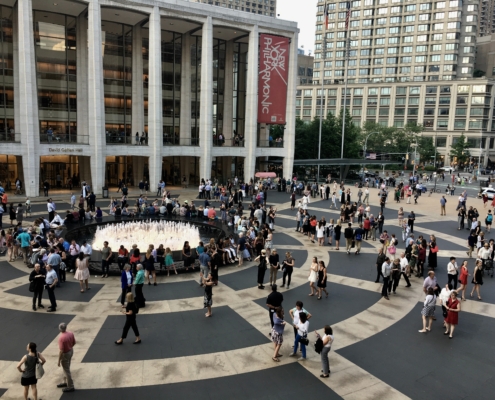 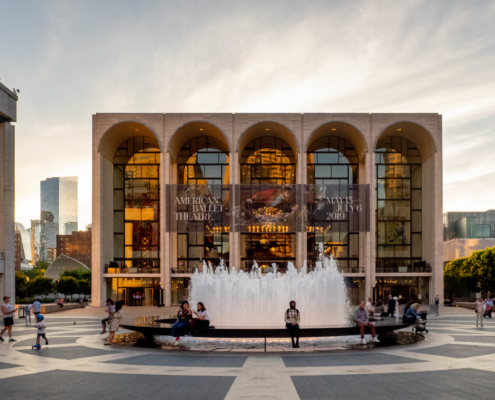 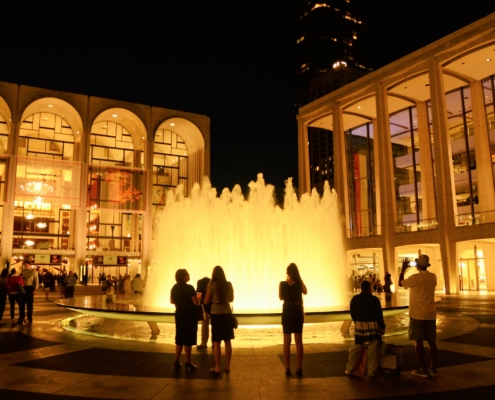 Lincoln Center for the Performing Arts is a 16.3-acre complex of buildings in the Lincoln Square neighborhood of the borough of Manhattan in New York City. It hosts many notable performing arts organizations, which are nationally and internationally renowned, including the New York Philharmonic, the Metropolitan Opera, and the New York City Ballet. The development of the condominium at 3 Lincoln Center, completed in 1991, designed by Lee Jablin, Harman Jablin Architects, made possible the expansion of The Juilliard School and the School of American Ballet. First announced in 1999, the campus-wide redevelopment was to cost $1.5 billion over 10 years and radically transform the campus. The concert hall, originally designed by Max Abramovitz, was the first building to open on this cultural campus in Manhattan. First known as Philharmonic Hall, it has been home to storied performances by the New York Philharmonic, as well as other renowned orchestras and soloists, for more than five decades. The symphonic concert hall was renamed in September, 2015 to David Geffen Hall in honor of music and media executive and philanthropist David Geffen.

Information provided in part by: E-Architect