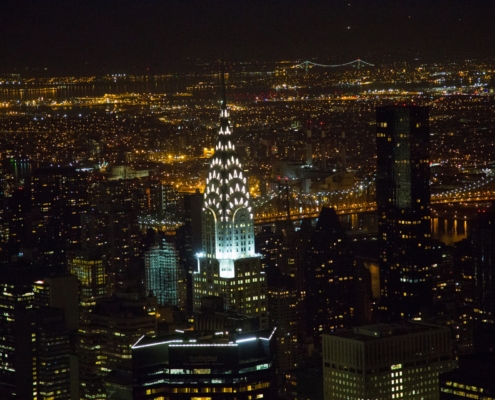 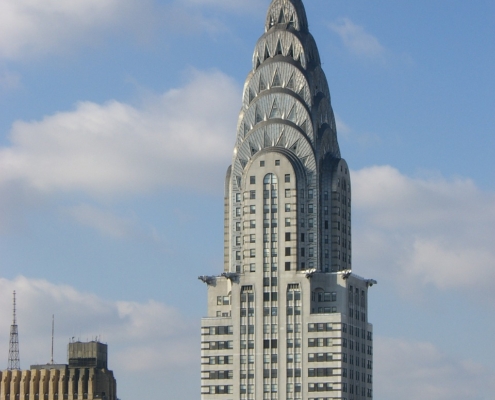 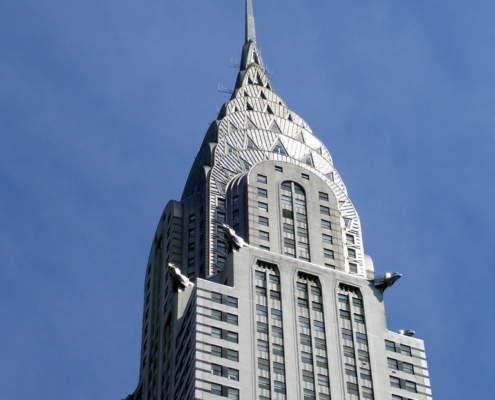 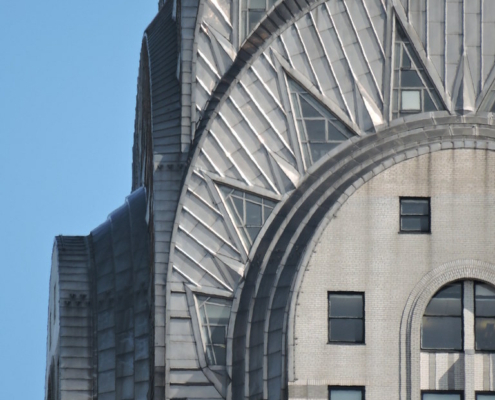 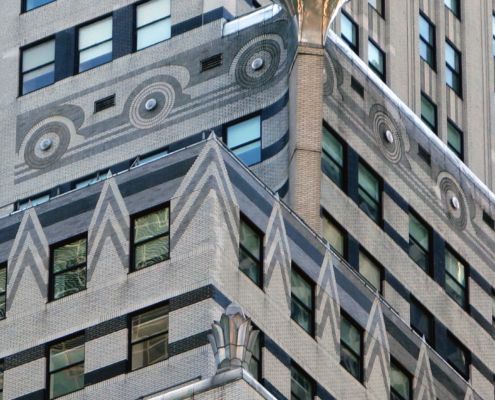 In a skyline that has developed New York as a destination for architects and city lovers alike, the Chrysler Building by William Van Alen is identifiable from any distance for its distinguishable style and profile against its surroundings. With the initial intention to be the world's tallest building, it remained so for only eleven months until it was surpassed by the Empire State Building in 1931. The Chrysler Building is a classic example of the Art Deco style, from the street to its terraced crown. Interior and exterior alike, it is admired for its distinctive ornamentation based on features that were also found on Chrysler automobiles at the time. When Walter Chrysler took over the lease of the proposed office building in construction, he was interested in building the highest structure known to date. As this was the goal of most architects across the table, William Van Alen kept the 185-foot spire addition a secret until it was delivered to the site in sections to be erected in a surprising 90 minutes. This unbelievably speedy addition paralleled the frantic pace of construction of the rest of the skyscraper; an average of four floors were completed per week. Costing a total of $20,000,000, the unique skyscraper is made with 29,961 tons of steel, about 3,826,000 bricks, and 5,000 windows. All the bricks were manually laid by hand, creating non-loadbearing walls. To create this Art Deco masterpiece, tradesmen with specialized skills gathered on the site, coordinating between contractors, builders, engineers and other building services experts.The white and dark gray brickwork of the facade emphasizes the horizontality of the rows of windows. The stepping spires are made of stainless steel with a stylized sunburst motif, and sit just above a series of gargoyles that depict American eagles which stare out over the city. More noticeable connections between the exterior of the building and the Chrysler car are the sculptures modeled after radiator caps and ornaments of car wheels that decorate the lower setbacks.Standing 319.5 meters (1048 feet) high, the Chrysler Building houses 77 floors, including a lobby three stories high with entrances from three sides of the building, Lexington Avenue, 42nd and 43rd Streets. Its triangular form is lavishly decorated with Red Moroccan marble walls, sienna-colored floor, onyx, blue marble and steel.