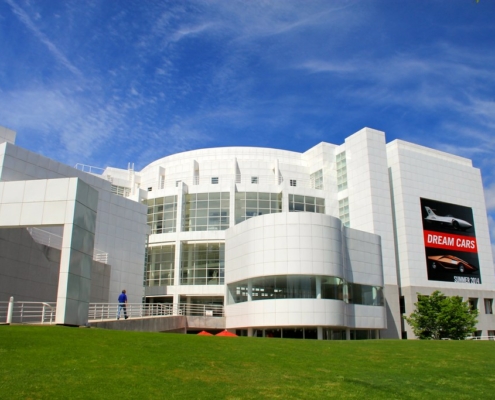 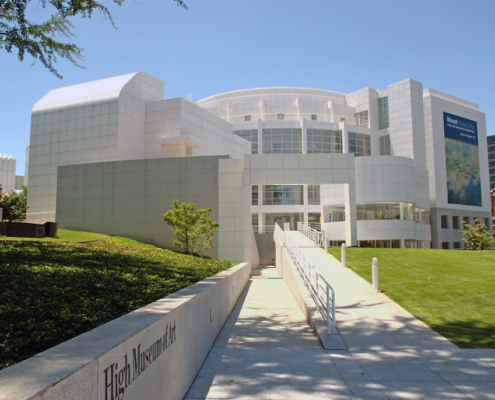 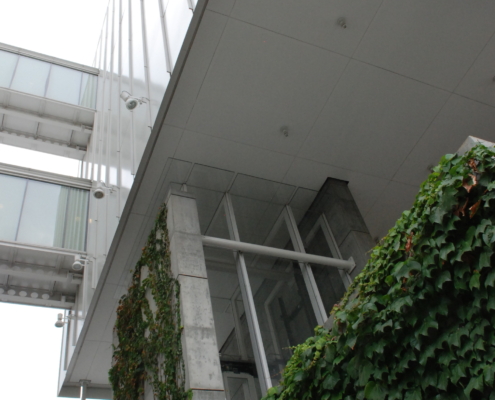 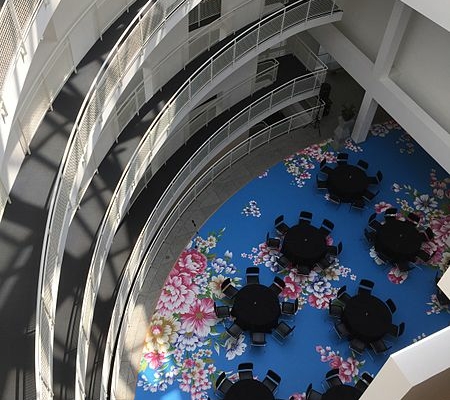 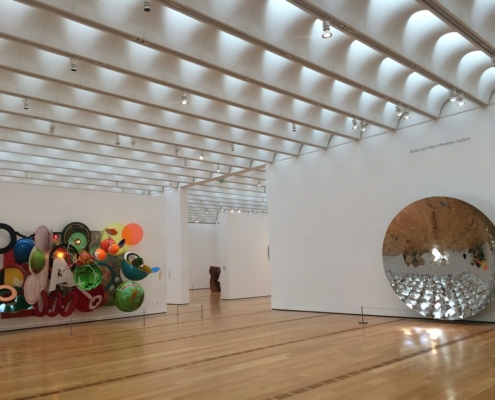 The High Museum of Art is a major public building and art repository that responds to the typological and contextual aspects of the museum’s program. The city of Atlanta’s progressive building tradition, as well as its role as a developing cultural center, had a strong influence on the design. The corner site, at the junction of Peachtree and Sixteenth streets about two miles from downtown Atlanta, places the museum at an important location for Atlanta’s development and within a pedestrian-oriented neighborhood with good public transportation access. The parti consists of four quadrants with one carved out, to distinguish it from the other three; the missing quadrant becomes a monumental atrium, the lobby and the ceremonial center of the museum. The extended ramp is a symbolic gesture reaching out to the street and city, and a foil to the interior ramp that is the building’s chief formal and circulatory element. At the end of the ramp is the main entry and reception area, from which one passes into the four-story atrium. The light-filled atrium space is inspired by, and a commentary on, the central space of the Guggenheim Museum. As in the Guggenheim, the ramp system mediates between the central space and the art itself. In the Guggenheim, however, the ramp doubles as a gallery; in Atlanta, the separation of circulation and gallery space allows the central space to govern the system of movement. This separation also allows the atrium walls to have windows, which admit natural light and offer framed views of the city. The galleries are organized to provide multiple vistas as well as intimate and large-scale viewing to accommodate the diverse needs of the collection. Light, whether direct or filtered, is a constant preoccupation throughout; apart from its functional aspect, light is a symbol of the museum’s role as a place of aesthetic illumination and enlightened cultural values. The primary intention of the architecture is to encourage the discovery of these values, and to foster a contemplative appreciation of the museum’s collection through spatial experience.