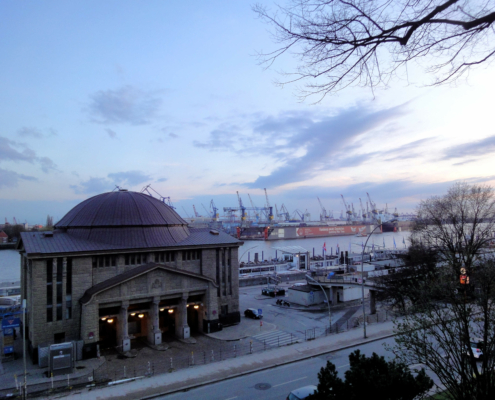 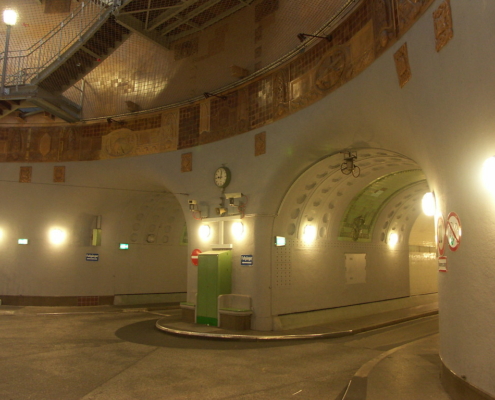 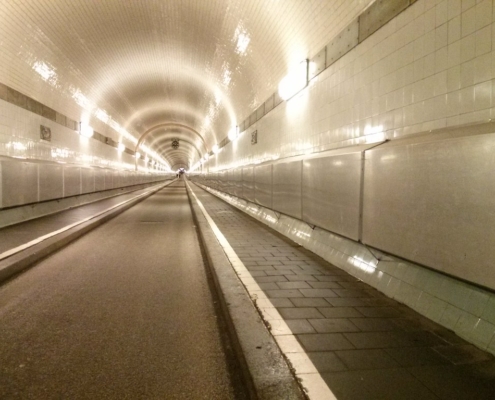 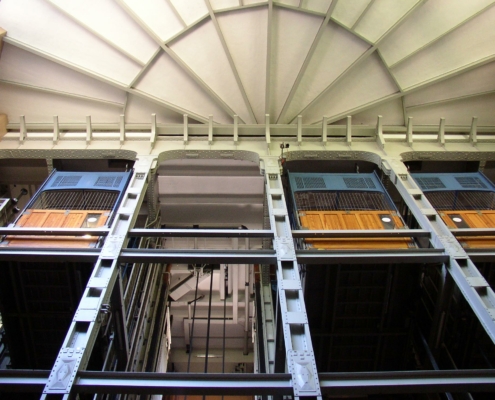 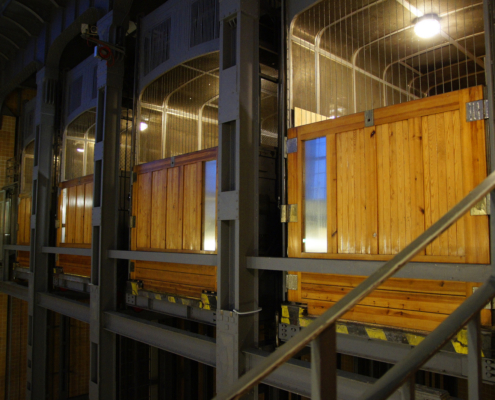 The Old Elbe Tunnel shines in new splendor: The eight and a half year renovation for a total of 60 million euros lasted longer than expected - and ultimately longer than the edification itself - but the wait was worthwhile. The landmarked piece of city history has been fundamentally renewed with historical attention to detail and the highest degree of craftsmanship. There were installed 104 lamps in agreement with the National Monuments Office and 80 large ceramic plates with 14 different harbor-relevant animal motifs. Furthermore, 1,700 ring-shaped steel girders were uncovered, 200,000 rivet and screw connections renewed and sealed over 37 kilometers of joints. A building with a green dome at the jetties points to the tunnel running under the Elbe , which has been a listed building since 2003. Elevators bring down pedestrians and cyclists, cars use the hydraulically operated cars and pay a fee of two euros. In the immediate vicinity of the Old Elbe Tunnel are the harbor road, the Fiction Park and the Cap San Diego . It takes only a short walk to the Reeperbahn and the Speicherstadt and HafenCity .