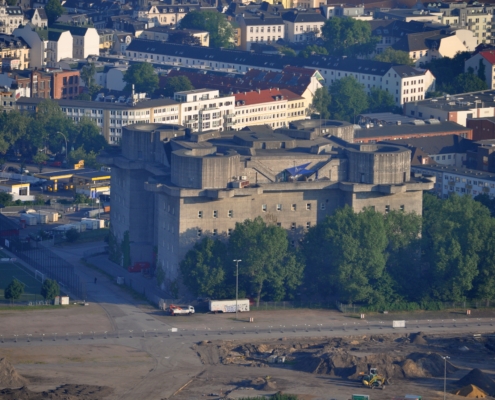 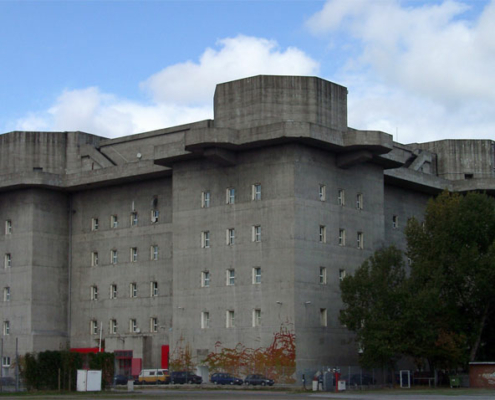 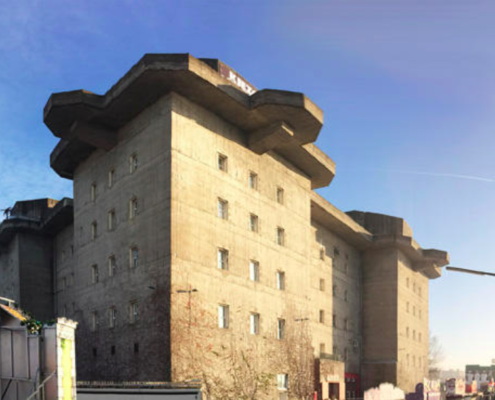 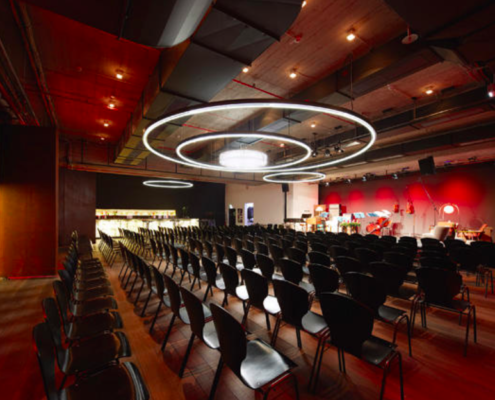 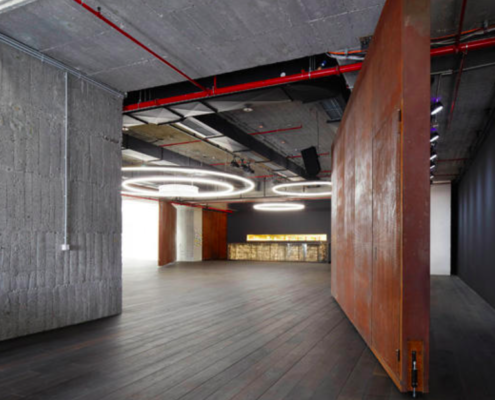 The Flakturm (Flag Tower) is a concrete bunker that is placed in a city. The bunker was provided with a space where people (in the largest tower itself was room for 20,000 people) could shelter during bombings and there was space for storage of goods. The tower walls were 3.5 meters of reinforced concrete, enough to survive an attack by conventional bombs carried by allied bombers of the age These large towers were built during the Second World War in the cities Berlin (Germany), Hamburg (Germany) and Vienna (Austria). The tower has been converted into a residential building.