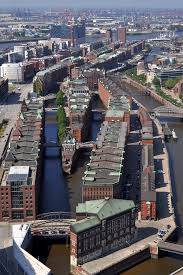 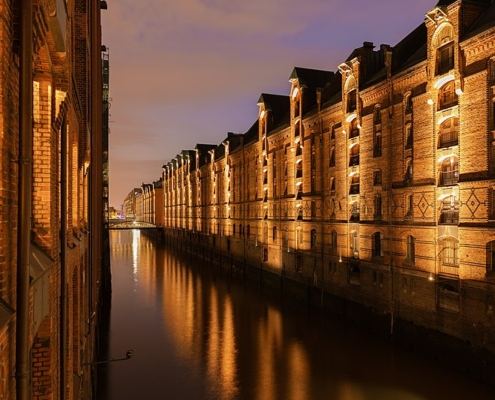 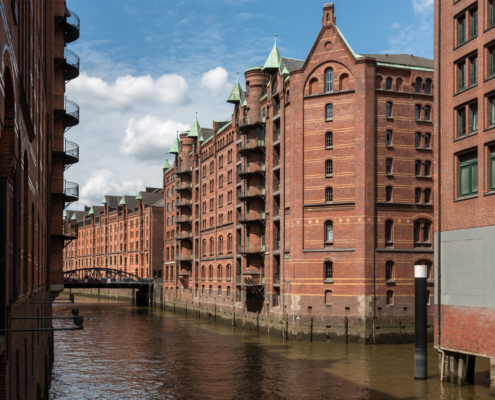 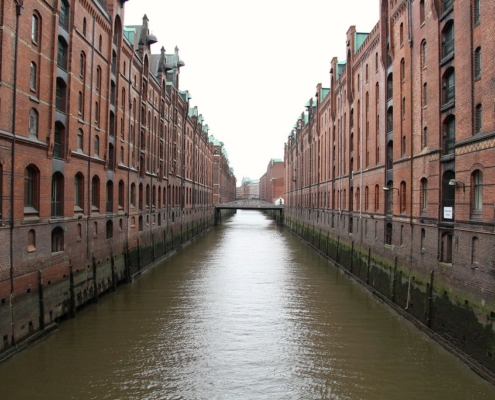 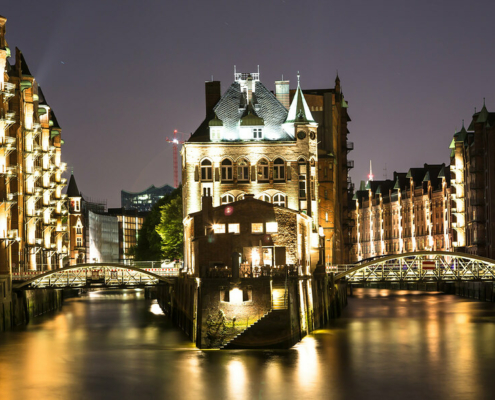 The Speicherstadt is a collection of brick warehouses adjacent to the main port area of the time. It’s not just any old bunch of buildings, though – it’s the largest warehouse complex in the world. Stretching for at least 1.5 kilometres, it is connected by canals which lap against the foundations of the large buildings on either side. There are 17 warehouses in total, each about seven or eight storeys high, built about a hundred years ago. Known as HafenCity, the massive area that fills more than 2 kilometres square surrounding the warehouses is being turned into a modern suburb of offices, hotels, shops and apartment blocks. It’s the biggest rebuilding project in Europe but authorities decided many years ago to protect the historic Speicherstadt district within it. Some of the buildings have been turned into museums – like the appropriate German Customs Museum and Afghan Museum – and the Hamburg Dungeon and Miniature Wunderland model railway.

Information provided in part by: The Travel Turtle