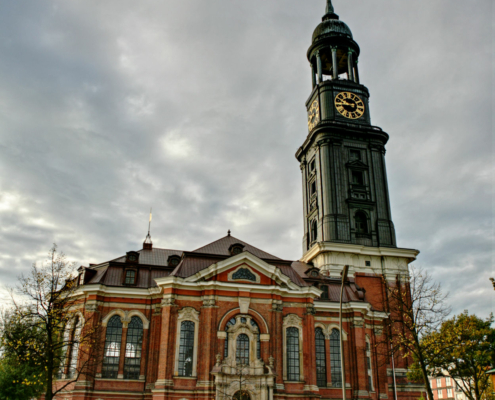 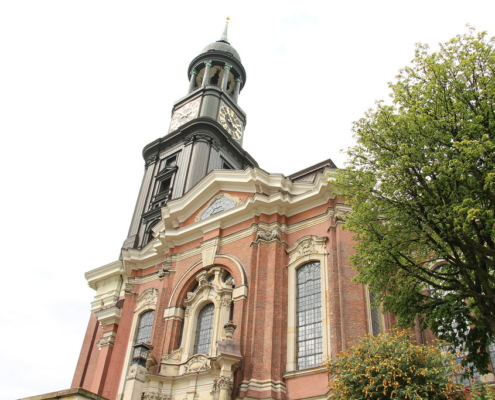 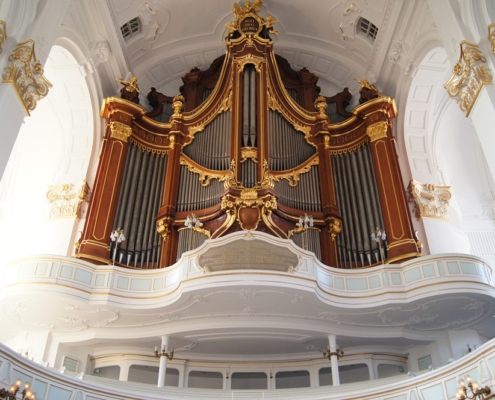 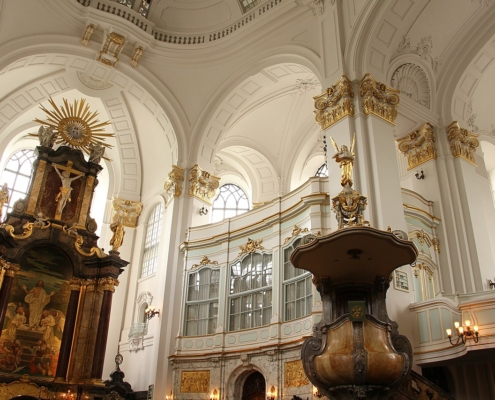 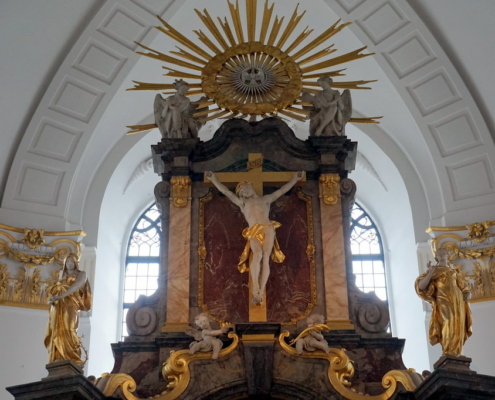 The spot where St. Michael's Church now stands has seen its share of trouble. A lightning strike and then a catastrophic fire centuries later destroyed the first and second churches that were built on this site. But the city's Protestants persevered, and in 1912 the construction of the church that we see today was finished. Although heavily damaged during WWII, it has been fully repaired, and today you'll find a baroque gem that is regularly listed among Northern Germany's most beautiful churches and important landmarks. Between the inner-city and the piers of Landungsbrücken, the distinctive copper roof and the 132-metre-tall tower supporting Germany's largest clock bell are visible from afar. At 106 metres, the observation deck offers a fantastic panorama view of the city and harbour. The church's massive nave can fit 2,500 people and boasts five different organs. The centrepiece of the church interior is a 20-metre-high altar. And in the crypt below, 2,000 people have found their final resting places. St. Michael's Church, or the 'Michel' as locals affectionately call it, can be reached easily via public transportation. Just hop on the line U3 to Baumwall or buses 112 or 37. The church is the centre of the city, so almost all the most important landmarks can be reached from there by foot.