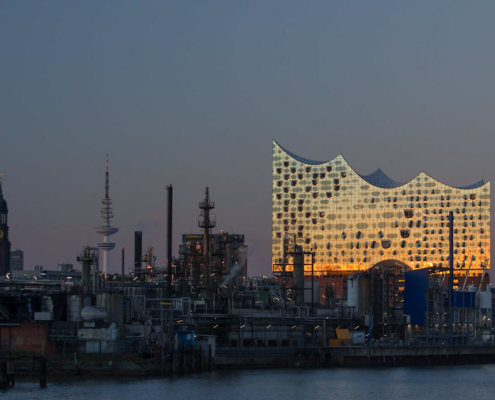 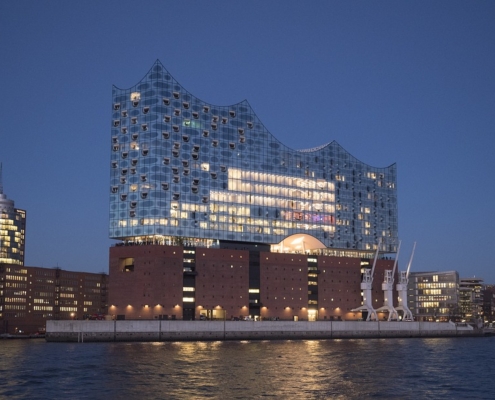 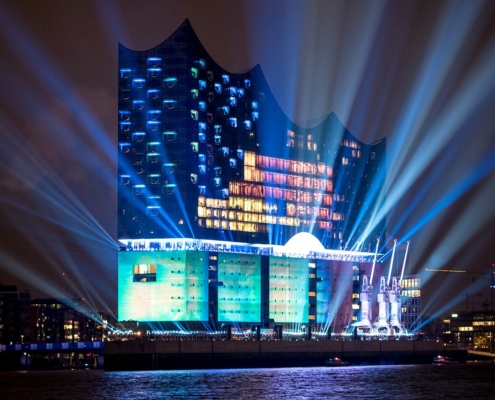 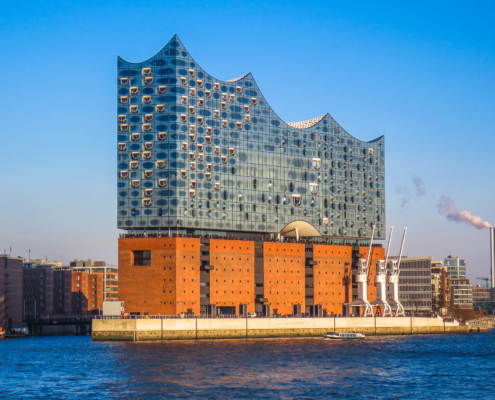 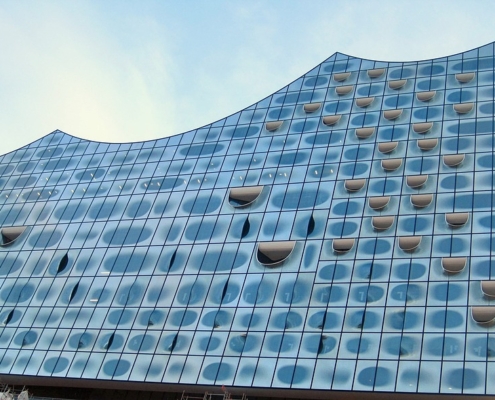 The building complex accommodates a philharmonic hall, a chamber music hall, restaurants, bars, a panorama terrace with views of Hamburg and the harbour, apartments, a hotel and parking facilities. There is an expansive topography of public and private spaces, all differing in character and scale: the large terrace of the Kaispeicher, extending like a new public plaza, responds to the inwardly oriented world of the Philharmonic built above it. The philharmonic building typology has undergone architectural reformulation that is exceptionally radical in its unprecedented emphasis on the proximity between artist and audience – almost like a football stadium.

Our interest in the warehouse lies not only in its unexploited structural potential but also in its architecture. The robust, almost aloof building provides a surprisingly ideal foundation for the new philharmonic hall. It seems to be part of the landscape and is not yet really part of the city, which has now finally pushed forward to this location. The harbour warehouses of the 19th century were designed to echo the vocabulary of the city’s historical façades: their windows, foundations, gables and various decorative elements are all in keeping with the architectural style of the time. Seen from the River Elbe, they were meant to blend in with the city’s skyline despite the fact that they were uninhabited storehouses that neither required nor invited the presence of light, air and sun. The glass façade, consisting in part of curved panels, some of them carved open, transforms the new building, perched on top of the old one, into a gigantic, iridescent crystal, whose appearance keeps changing as it catches the reflections of the sky, the water and the city.