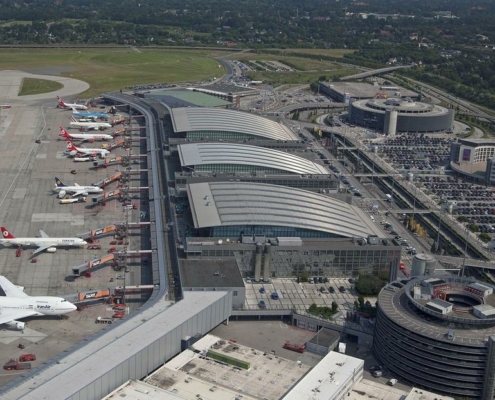 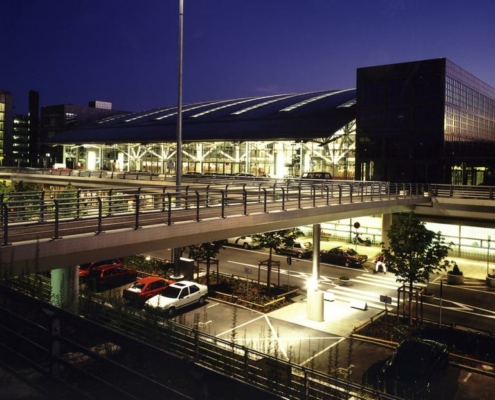 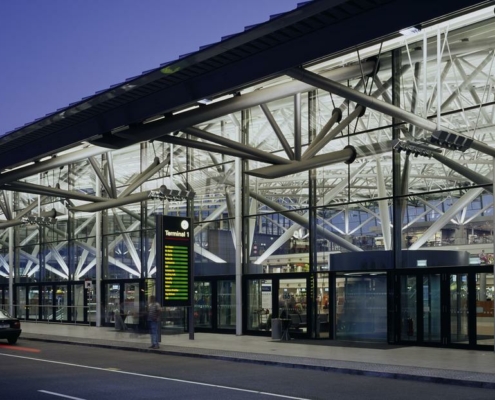 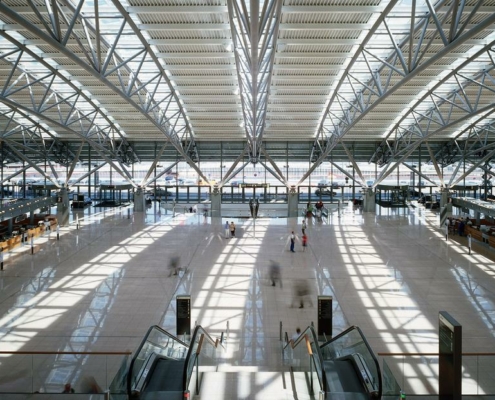 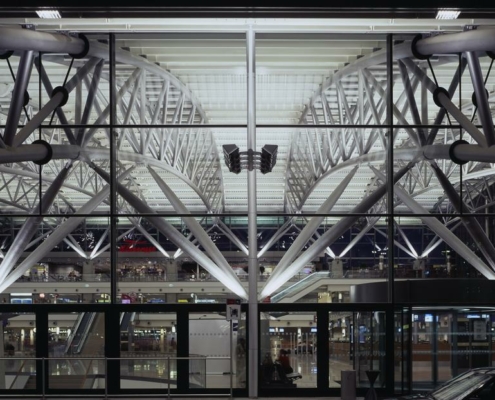 Hamburg Airport known in German as Flughafen Hamburg, is the international airport of Hamburg, the second-largest city in Germany. It serves as a hub for Eurowings and focus cities for Condor, Ryanair, and TUI fly Deutschland. Hamburg Airport is the fifth-busiest of Germany's commercial airports measured by the number of passengers and counted 17,231,687 passengers and 156,388 aircraft movements in 2018. As of July 2017, it featured flights to more than 130 mostly European metropolitan and leisure destinations.