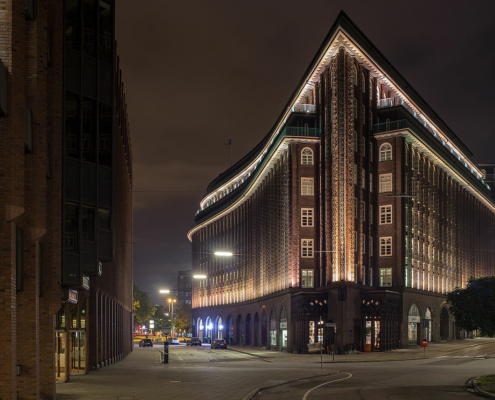 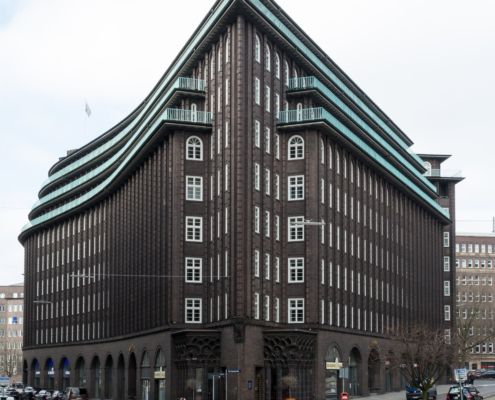 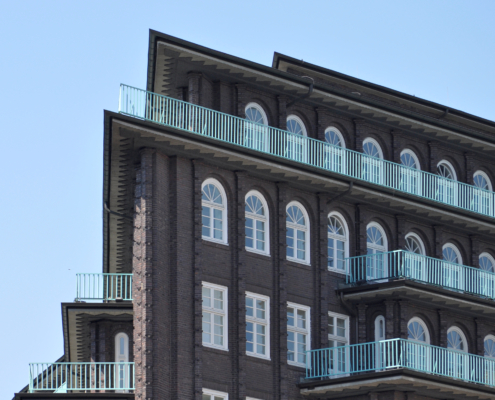 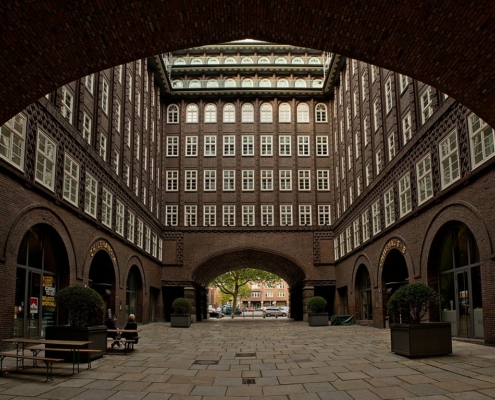 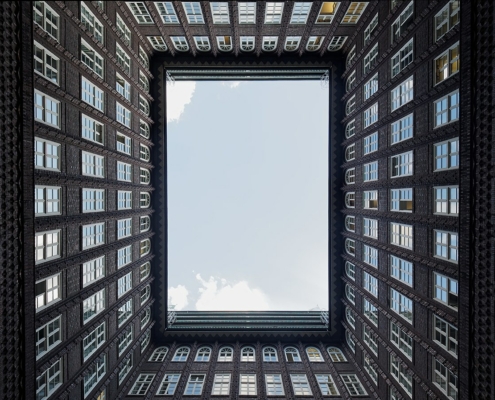 Completed in 1924, the Chilehaus quickly became a symbol of both Brick Expressionism architecture and Hamburg’s economic revival post World War I. In an attempt to completely fill Sloman’s irregularly-shaped plots of land located in the center of Hamburg’s business district, Höger designed the Chilehaus to mimic the shape of a passenger ship. The building has three tiered balconies on the upper floors meant to look like ship decks, and the eastern edge of the building is famous for its unique, pointed tip that resembles a ship’s prow. The southern façade also gently curves with the bordering street, giving the impression of the side of a ship. Although the Chilehaus is today regarded as an architectural masterpiece, Höger faced many obstacles in the design of the structure. The site’s difficult terrain made building on reinforced-concrete pilings that ran 16 meters deep into the ground necessary. And because of the building’s close proximity to the Elbe River, the building’s cellar also had to be specially sealed. The building’s 4.8 million dark Oldenburg bricks absorb the sunlight, giving the building a different, yet always magnificent, glow at various times throughout the day. It has over 2,800 windows, each of which offers a new and awe-inspiring view of some of the most scenic places in the city of Hamburg. It also has three entrance halls that serve as welcoming public spaces. As a whole, both the building's location and design helps to remind visitors of its symbolic role as a transition zone between the city center and port.