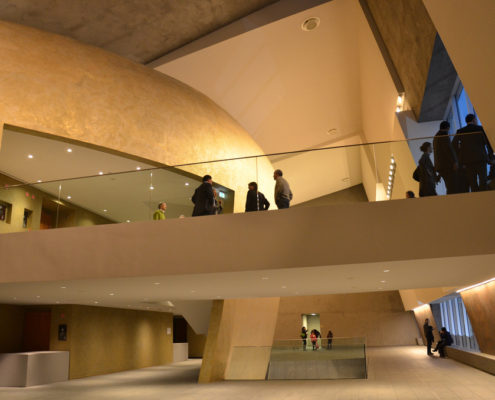 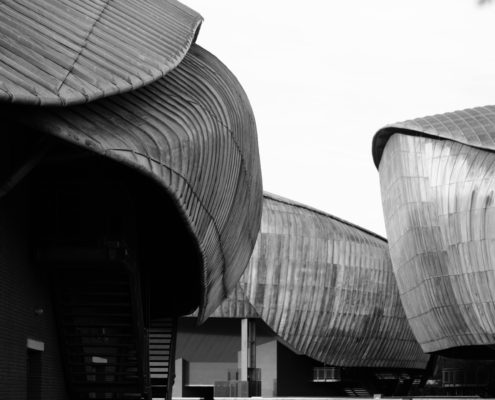 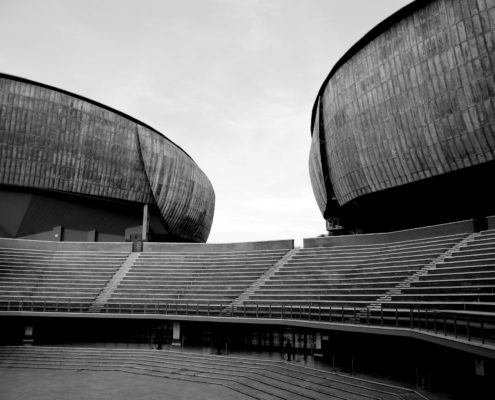 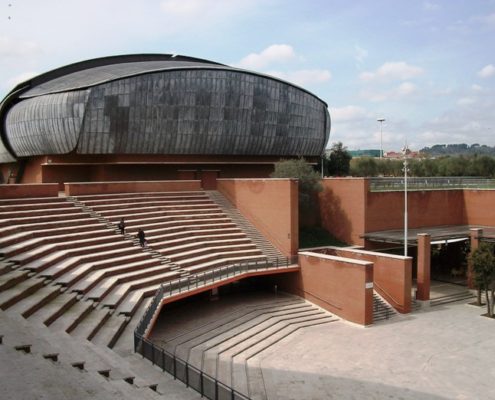 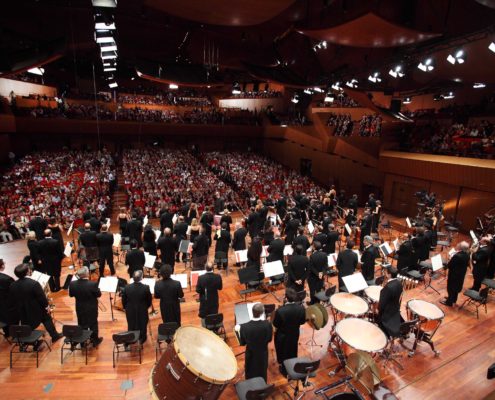 Il Parco della Musica Auditorium enabled to offer Rome a classical music venue that could reflect the city’s importance and size. This new auditorium filled the gap by providing three halls of differing sizes and acoustic quality, among which a concert hall seating 2,800 people. The semi-circular layout of the halls creates a fourth space in the centre, an open-air amphitheater. The discovery of the remains of a Roman villa on the site has made it possible to strengthen the relationship with the place. The vegetation that surrounds the buildings is an extension of the Villa Glori park.

For two reasons, it was decided to locate the new auditorium outside the center. First, there was no room for such a huge complex in the historic centre of Rome. Also, it made sense to locate it in an area of structures created to handle large flows of people, between the village built to house the athletes for the 1960 Olympics and Pier Luigi Nervi’s Palazzetto dello Sport and Flaminio Stadium.

When starting digging on the site, something incredible was found: the foundations of a large Roman villa dating back 2,600 years. It was then necessary not only to preserve them but also making them part of the complex. Therefore, the position of the buildings was redefined and an important part of the project was revised.

The project followed a concept that was not first stipulated in the original terms of the competition: the studio decided not to place the three halls in a single building, but to make them three independent structures. Thus, each hall is set in a container resembling a giant soundbox, and the three boxes are arranged symmetrically around an empty space. This central space became the fourth auditorium.

The three halls are the followings: The 750-seat Sala Petrassi is a very versatile space, using some of the solutions adopted in the IRCAM hall in Paris: a movable floor and ceiling, and the characteristics of the walls can also be altered to obtain the best possible acoustics. The Sala Sinopoli, with a 1,200 seat capacity, also has flexible elements, with a mobile stage and adjustable ceiling – features that recall the large hall of the Lingotto and make it particularly suited to chamber music and dance performances. The main hall, Sala Santa Cecilia, seats 2,800 people and is reserved for symphonic concerts.

The various parts of the auditorium call to mind a functional analogy with musical instruments, which is inspired by the form and use of wood. A second analogy derives from the site and the arrangement of the buildings. There is something archaeological about these atypical constructions, surrounded by greenery: they would be among Piranesi’s ruins, a metaphor for classical antiquity.

Parish of God the Merciful Father Scroll to top