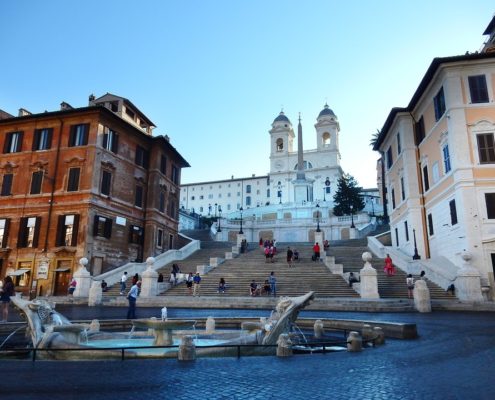 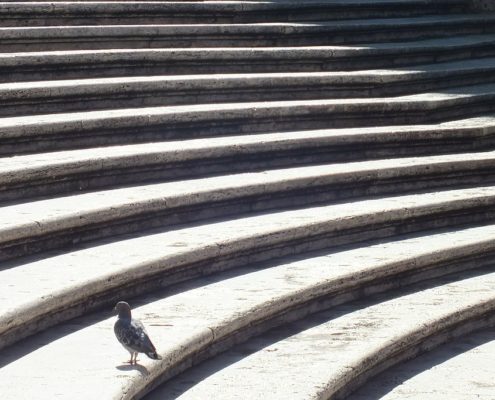 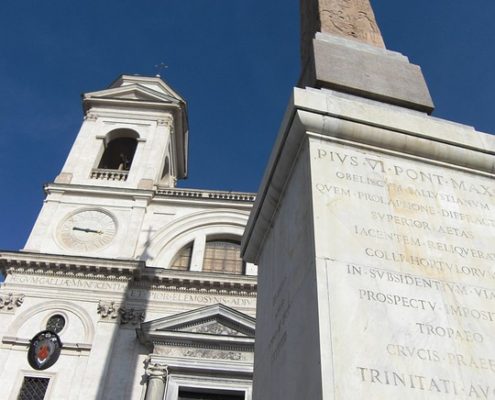 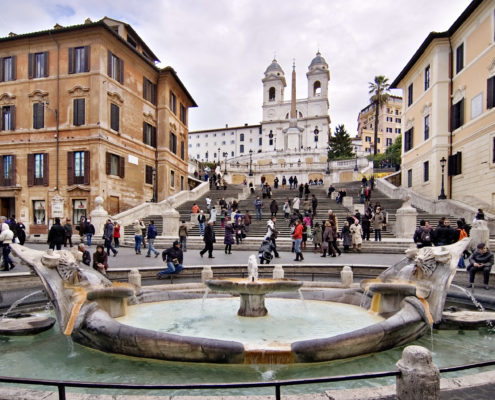 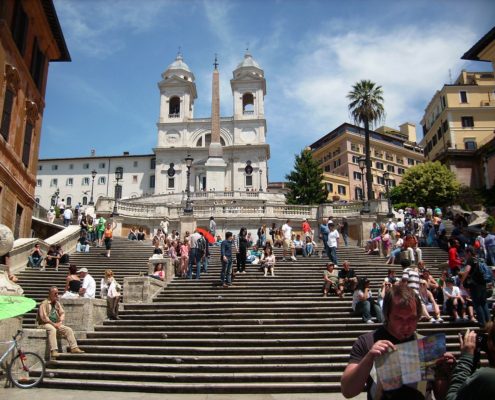 The most striking architectural element in the piazza—indeed, one of the most striking in all of Rome—is the renowned Scalinata della Trinità dei Monti, known as the Spanish Steps(or Stairs). The staircase is a rare case of the failure of French cultural propaganda: although they are called the Spanish Steps—the Spanish Embassy moved onto the square in the 17th century—they are unequivocally French. First suggested by the French about the time the Spanish Embassy was being installed, the idea was approved by papal authorities 100 years later and paid for with a legacy from a French diplomat. The stairs ascend to the French-built church and convent of Trinità dei Monti, begun in 1495 with a gift from the visiting French king Charles VIII and restored by Louis XVIII.

The English novelist Charles Dickens described the steps as thronged with unengaged “artist’s models” in regional costume; they are still crowded with loiterers in distinctive dress from all over the world. Indeed, since the end of the 16th century the Piazza di Spagna has been a stopping place for tourists as well as a destination for artists and writers. Young lords on the Grand Tour of Europe left their heavy touring coaches for refitting in a side street still called Via delle Carozze (“Carriage Street”). The English poet John Keats died in a house on the piazza that is now a museum. A number of artists—those who have not been shouldered out by galleries and ultra-modish shops—still retain studios among the walled gardens of the nearby Via Margutta.