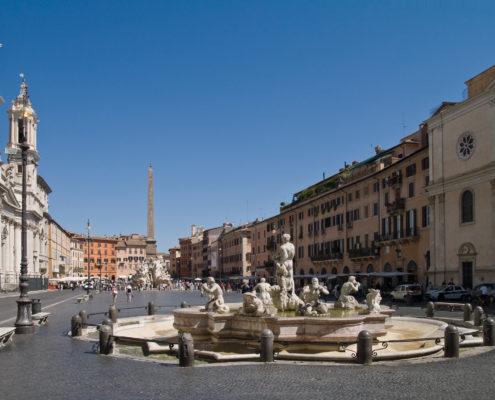 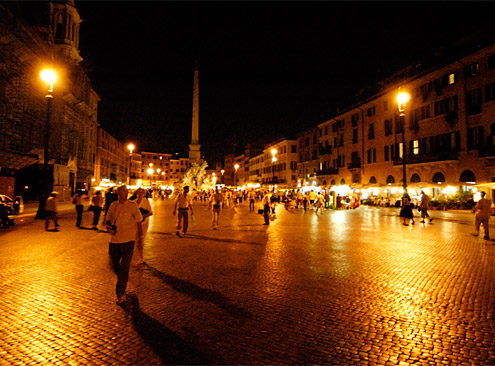 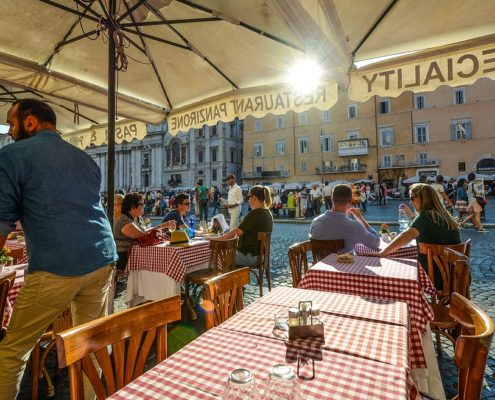 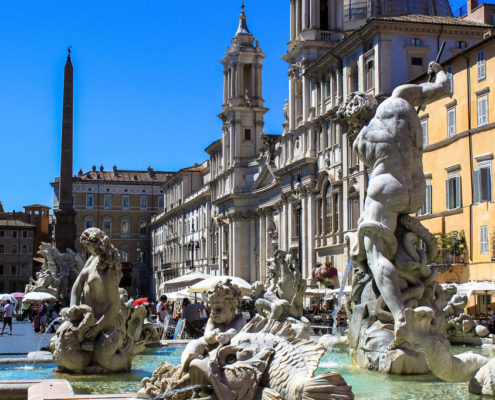 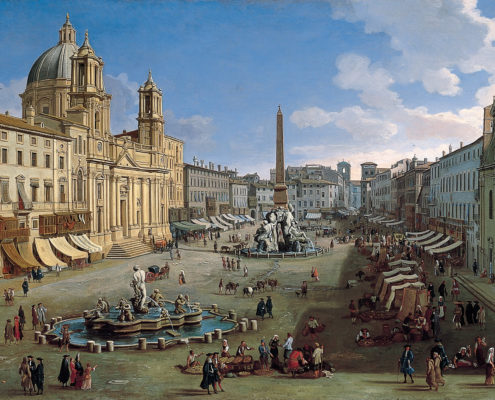 The public square is built on the site where the Stadium of Domitian (Circus Agonalis), founded in 86 AD, once stood. It could hold approximately 20,000 spectators, which came here to see different athletic competitions. The most beautiful parts of Piazza Navona are its three fountains, designed during the papacy of Gregory XIII.

The Fontana Dei Quattro Fiumi was erected in the centre of Piazza Navona, the Fontana dei Quattro Fiumi (Fountain of the Four Rivers) was designed by Bernini in 1651. The four statues represent the most important rivers of the continents where Christianity had spread; the Nile, Danube, the Ganges and Rio de la Plata. In the middle there is an obelisk measuring 52 ft (16 m), which had originally been part of the Circus of Maxentius, found in the Appian Way Regional Park.

The Fontana del Moro was sculpted by Giacomo della Porta and later perfected by Bernini, who added the figure of the Moor, the fountain was initially called the “Seashell Fountain.” This fountain is located on the southern side of the square.

The Fontana del Nettuno (Fountain of Neptune) was also created by Giacomo della Porta in 1574, but remained unfinished for approximately three-hundred years, until 1878, when it was decorated by Antonio Della Bitta and Gregorio Zappalà.

Until mid-nineteenth century, every summer the drains of the three fountains were blocked and the centre of the square was flooded to make the “Lake of Piazza Navona”. It was greatly enjoyed by the locals.

The square is surrounded by restaurants and terraces giving Piazza Navona a lively and delightful atmosphere during the day. Here, visitors can enjoy performances by street artists like magicians and dancers.

The most imposing buildings which look onto the square are the Church of Sant'Agnese in Agone and the Palazzo Pamphilj.

Information provided in part by: rome.net