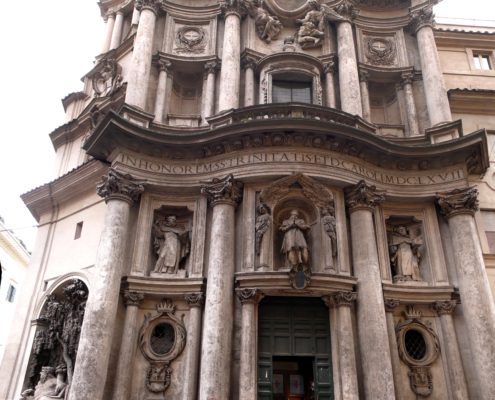 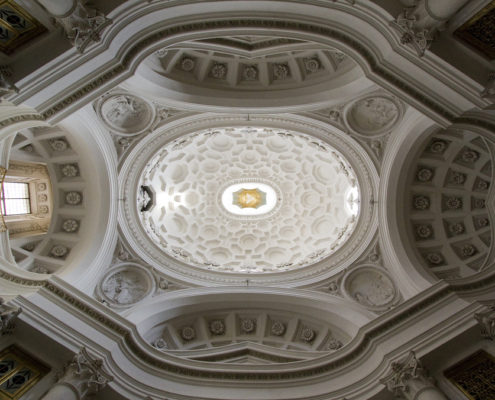 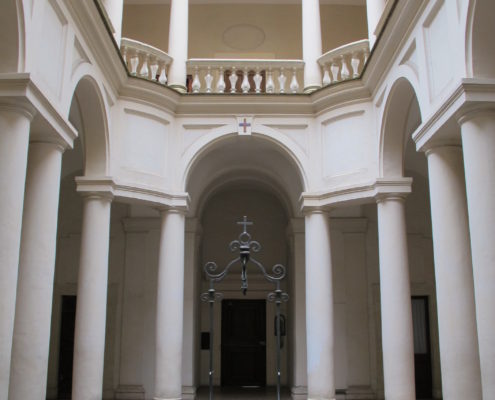 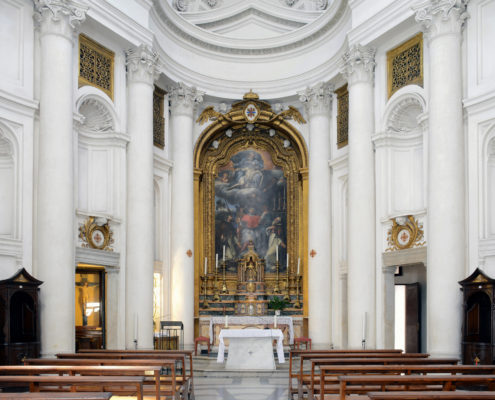 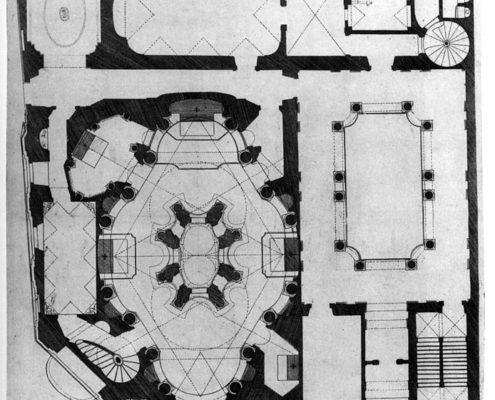 San Carlo alle Quattro Fontane, (Italian: “Saint Charles at the Four Fountains”)also called San Carlino, influential Baroque church in Rome that was designed by Francesco Borromini as part of a small monastery for a community of Spanish monks. It was commissioned in 1634 and was built during 1638–46, except for the tall facade, which was added about 1677. Built to fit in a cramped and difficult site, the church has an unusual and somewhat irregular floor plan in the shape of a Greek cross defined by convex curves. The facade is similarly undulating in plan, and this effect was subsequently adopted by other Baroque architects in their church designs. The unifying design feature in the interior is the use of the triangle, a motif for the Trinity.