Parish of God the Merciful Father 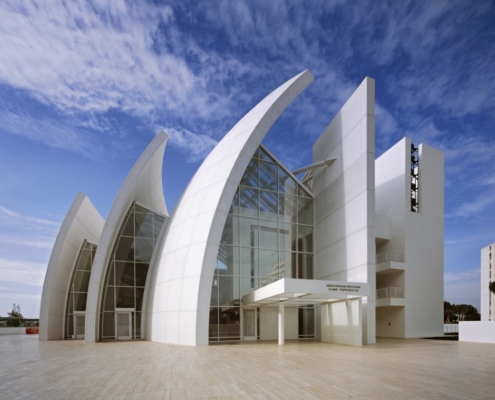 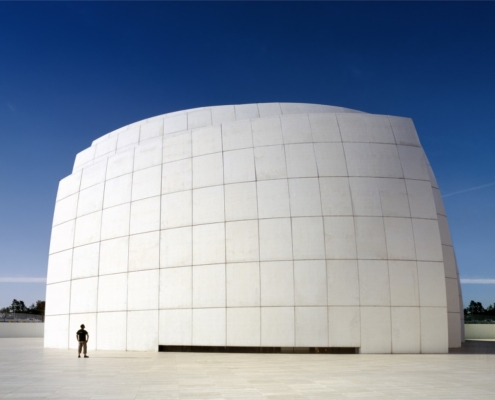 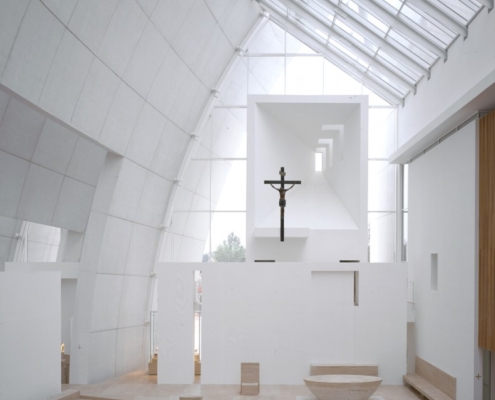 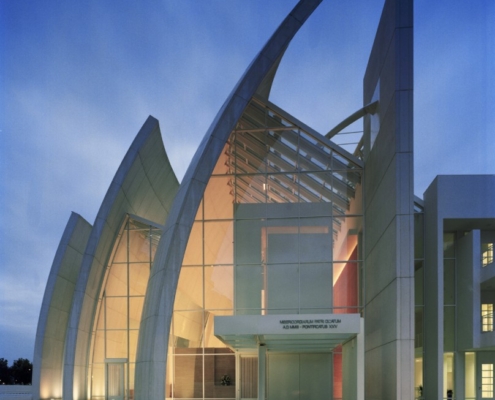 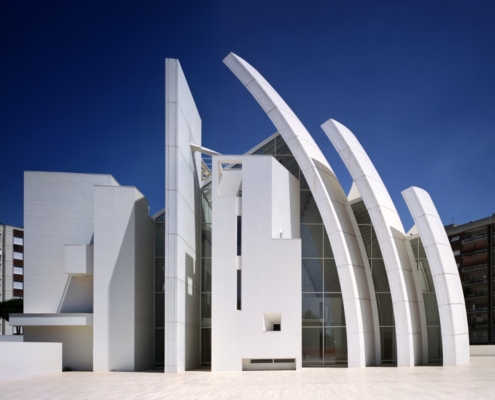 The Jubilee Church (La Chiesa del Dio Padre Misericordioso), conceived as part of Pope John Paul II’s millennium initiative to rejuvenate parish life within Italy, is located outside central Rome. The triangular site is articulated three ways: first, dividing the sacred realm to the south, where the nave is located, from the secular precinct to the north; second, separating the approach on foot from the housing situated in the east; and third, again separating the approach on foot, from the parking lot situated to the west. The paved sagrato to the east of the church extends into the heart of the housing complex and provides an open plaza for public assembly. The northern half of the site is divided into two courts: the eastern one is below ground by a full story, providing light and access to the lowest floor of the community center.

Behind the church, the elevated western court is separated from the adjacent meditation court by a paved walkway that leads to the parking area. The proportional structure of the entire complex is based on a series of squares and four circles. Three circles of equal radius generate the profiles of the three concrete shells that, together with the spine-wall, make up the body of the nave. While the three shells imply the Holy Trinity, the reflecting pool symbolizes the role played by water in the sacrament of Baptism. The materials used in the portico—the paving, the wall cladding and the liturgical furniture—allude to the body of Christ’s church while referencing the fabric of the adjacent residential area. Glazed skylights suspended between the shells are lit by zenithal sidelight, and the nave is enlivened by a constantly changing pattern of light and shade. The light is diffused over the inner volume of the church and varies according to the hour, the weather, and the season, imparting a particular character to the aspects of the interior.