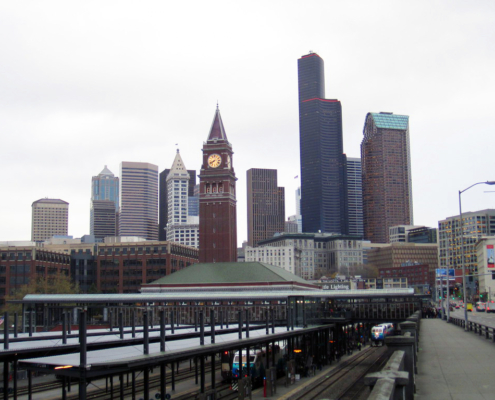 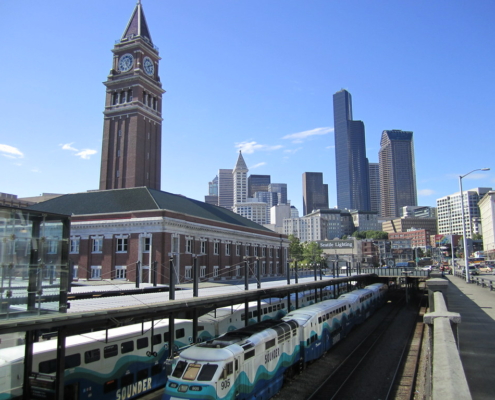 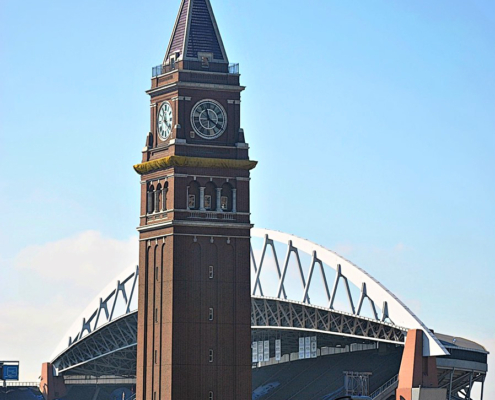 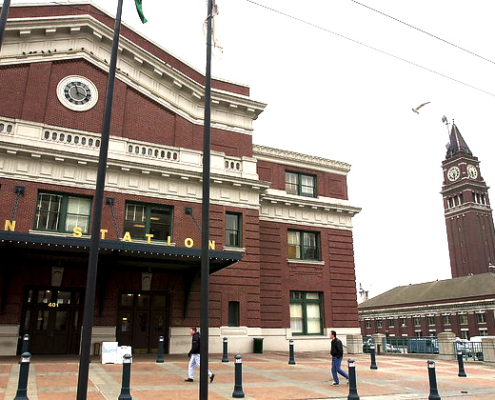 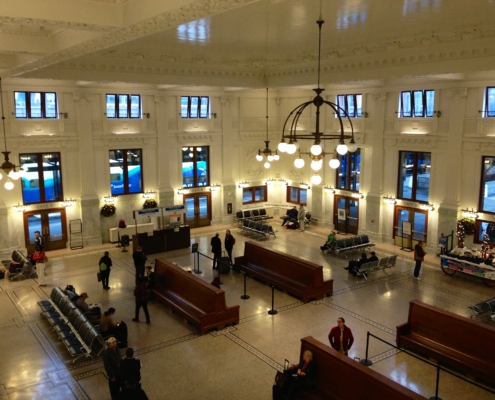 By the end of the 20th century, the King Street Station, which first opened to the public in 1906, had fallen into disrepair. With commute ridership on the rise, the renovation project sought to restore the building’s historic character and upgrade facilities to meet current and future transit needs. To create a multimodal transportation hub, the 62,400-square-foot station had to be brought up to modern code and standards, which required seismic and structural updates as well as major systems upgrades. The historic renovation involved reversing “modernization” efforts executed during the 1940s, 50s, and 60s, most notably removing a drop ceiling to expose the original ornate plaster ceilings in the grand waiting hall. The 45-foot ceilings required extensive restoration, which was done by craftsmen using historic techniques. Whenever possible original materials were rehabilitated and reused. Carrara marble and glass tile were sourced to match original materials where missing. The project also required the rehabilitation of a 12-story clock tower originally modeled after the grand Campanile di San Marco in Venice, Italy. The four clock towers were repaired, and at night their glowing faces illuminate the station. The building is on track to achieve LEED Platinum certification thanks to features such as natural ventilation and a ground-source heat pump that is anticipated to meet all of the station’s heating and cooling needs. Also, beyond its primary transit-oriented purpose, the station supports community connection with a new pedestrian plaza for outdoor community activities and events. The plaza was created by removing parking in front of the building. The renovation resulted in 30,000 square feet of mixed-use leasable space in the second and third floors of the station, which will bring further activity and vitality to the area.