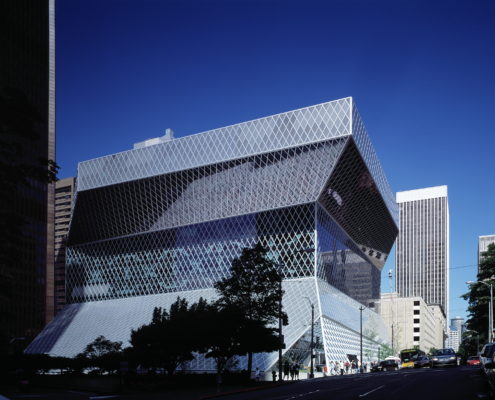 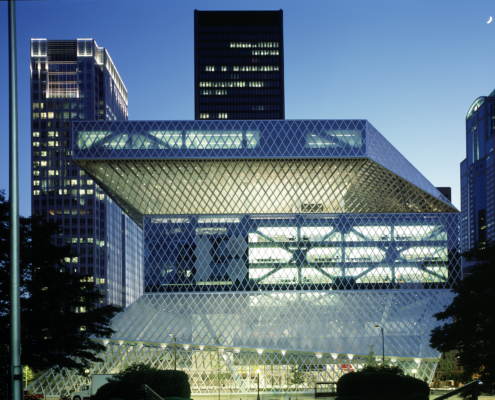 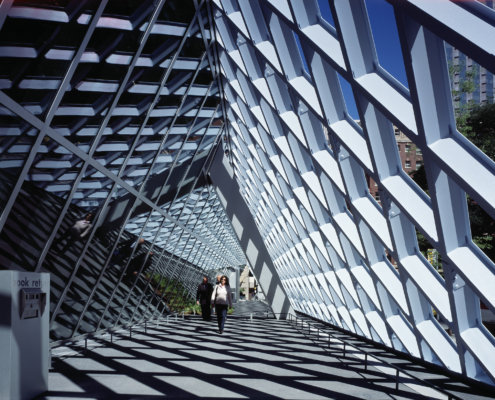 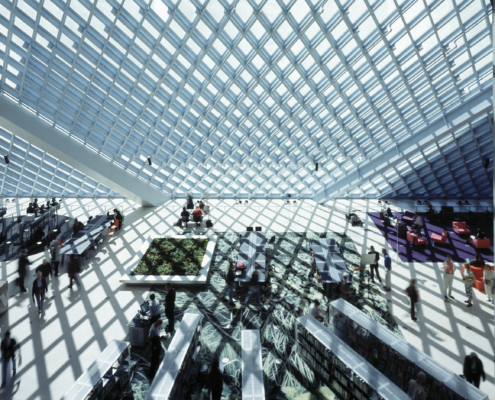 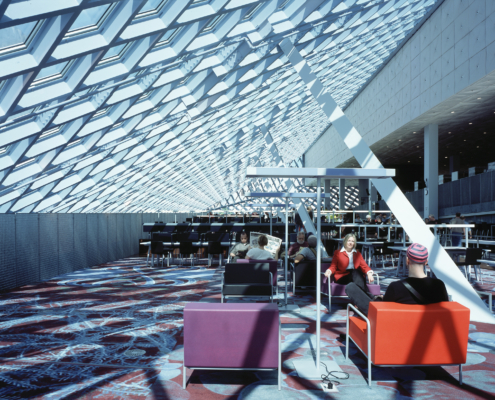 The Seattle Central Library redefines the library as an institution no longer exclusively dedicated to the book, but as an information store where all potent forms of media—new and old—are presented equally and legibly. In an age where information can be accessed anywhere, it is the simultaneity of all media and, more importantly, the curatorship of their content that will make the library vital. Flexibility in contemporary libraries is conceived as the creation of generic floors on which almost any activity can occur. Programs are not separated, rooms or individual spaces not given unique characters. In practice, this means that bookcases define generous (though nondescript) reading areas on opening day, but, through the collection’s relentless expansion, inevitably come to encroach on the public space. Ultimately, in this form of flexibility, the library strangles the very attractions that differentiate it from other information resources. Instead of its current ambiguous flexibility, the library could cultivate a more refined approach by organizing itself into spatial compartments, each dedicated to, and equipped for, specific duties. Tailored flexibility remains possible within each compartment, but without the threat of one section hindering the others. Our first operation was to “comb” and consolidate the library’s apparently ungovernable proliferation of programs and media. By combining like with like, we identified programmatic clusters: five of stability and four of instability. Each platform is a programmatic cluster that is architecturally defined and equipped for maximum, dedicated performance. Because each platform is designed for a unique purpose, their size, flexibility, circulation, palette, structure, and MEP vary. The spaces in between the platforms function as trading floors where librarians inform and stimulate, where the interface between the different platforms is organized—spaces for work, interaction, and play. By genetically modifying the superposition of floors in the typical American high rise, a building emerges that is at the same time sensitive, contextual, iconic.