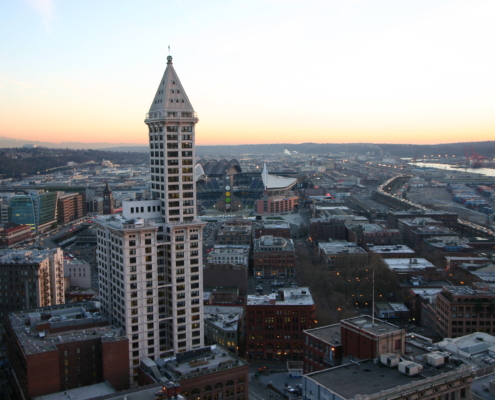 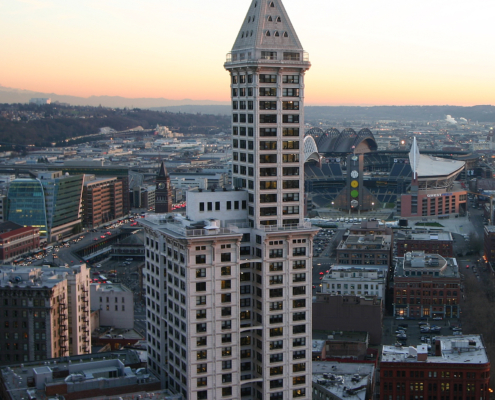 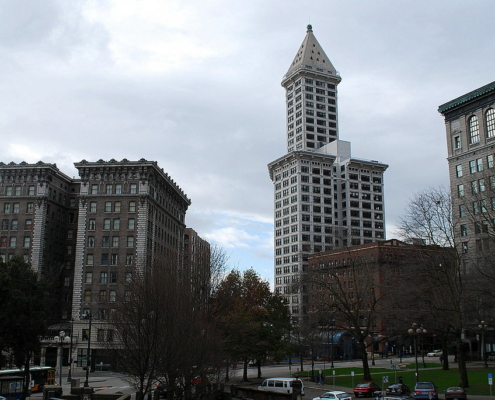 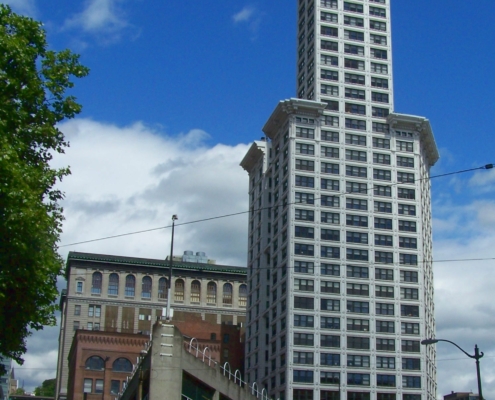 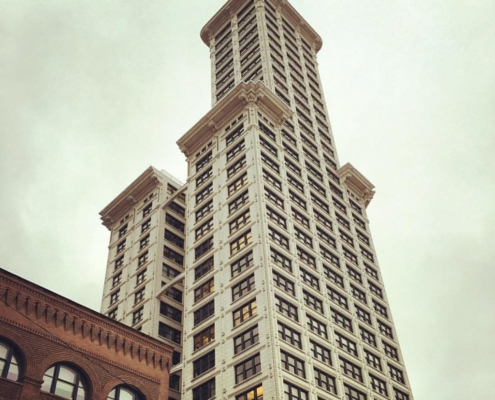 This gleaming white tower is one of Seattle's most notable buildings. When the Smith Tower was built in 1914, the 522-foot structure was the tallest building west of the Mississippi River and remained so for decades. It was named for its original owner, Lyman C. Smith, a New Yorker who made three fortunes in livestock, guns and typewriters. Smith originally planned to build a 14-story tower, but his son persuaded him that a landmark building would help sell typewriters. Syracuse architects Gaggin & Gaggin designed a 24-story building topped by a 21-story tower, all clad in creamy terra cotta. Fire resistance was so important that the window frames and sash are of bronze and the office doors are steel but painted to look like mahogany. The lobby has mosaic tiles, Alaska marble, Mexican onyx and polished brass elevator cars leading to the elevators, which are still run by operators. The Chinese Room on the building’s top floors is open to the public.