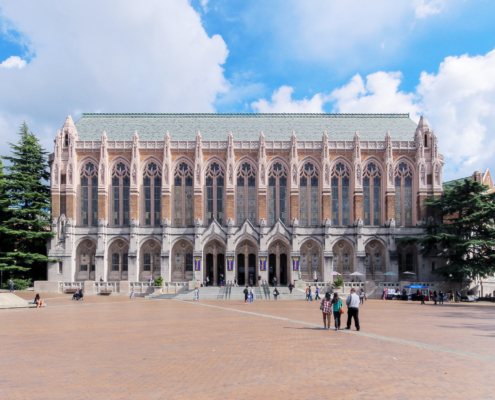 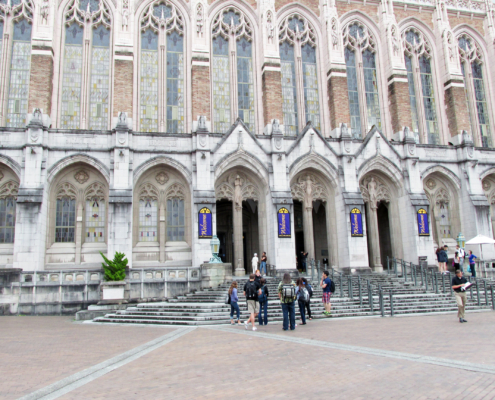 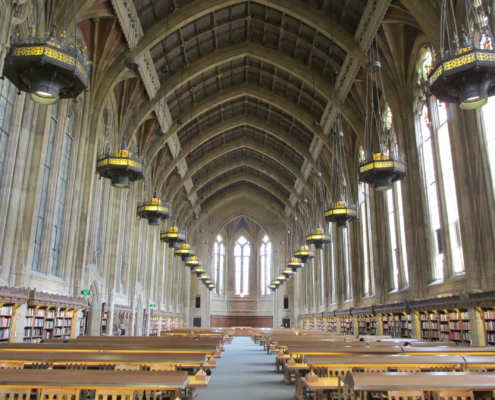 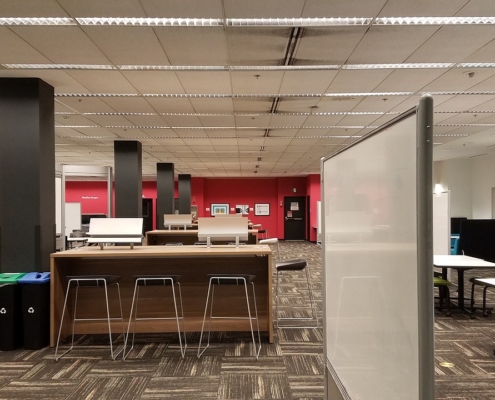 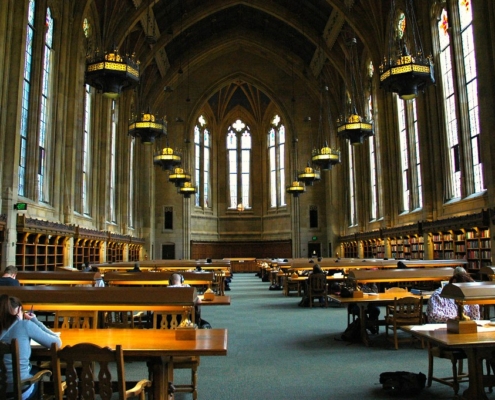 Suzzallo Library is the central library of the University of Washington in Seattle, and perhaps the most recognizable building on campus. The library's original architects, Charles H. Bebb and Carl F. Gould, called for three structures built in Collegiate Gothic style and arranged in a roughly equilateral triangle with a bell tower in the center. The proposed 300-foot bell tower, however, was never built. A terra cotta bas relief of this plan, with the bell tower, can still be found on the wall outside the northeast entrance to Smith Hall. The first phase, completed 1926, built the wing that forms the west face of the triangle. Its façade dominates the eastern side of the university's Central Plaza, better known as Red Square. The south wing, the second phase of construction, was completed in 1935. Part of this second phase added a floor between the first and second floors of the original building, and the curving Grand Staircase on either side of what was formerly a rotunda. The original plans for the third wing of the library, completed in 1963, were extensively revised, as by this time the University had largely moved away from its earlier architectural style and had adopted instead modernist concrete and glass forms. A fourth and final addition was completed in 1990 with the Kenneth S. Allen Library wing, named for the father of Microsoft co-founder Paul Allen; the elder Allen was an associate director of the University library system from 1960 to 1982. The Graduate Reading Room features cast-stone ashlar wall blocks and details, and oak bookcases topped with hand-carved friezes of native plants, under a painted and stenciled timber-vaulted ceiling. Tall leaded windows feature 35 foot stained glass panels reproducing Renaissance watermarks. On the oriels at each end of the room, painted world globes bear the names of European explorers. The Graduate Reading Room spans the entire third floor of the west front of the library. Its distinctive look, reminiscent of the great halls of Oxford and Cambridge colleges, is also said to have been inspired by Henry Suzzallo's stated belief that universities should be ""cathedrals of learning."" Adorning the exterior of the early wings are terra cotta sculptures by Allen Clark of influential thinkers and artists selected by the faculty. The front facade is also decorated with stone coats of arms from universities around the world.

Information provided in part by: Revolvy

The Belt Line Scroll to top