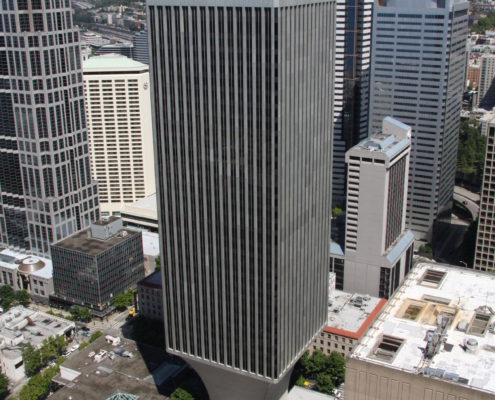 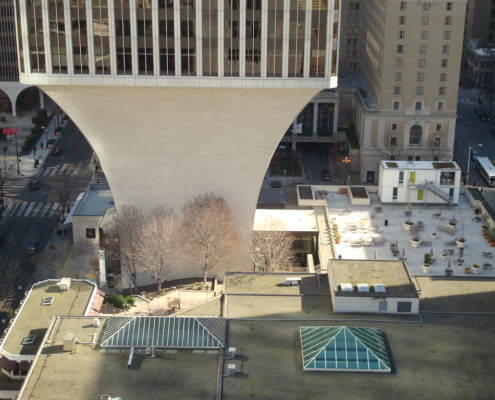 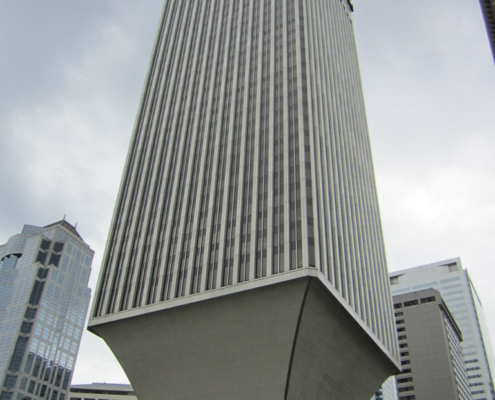 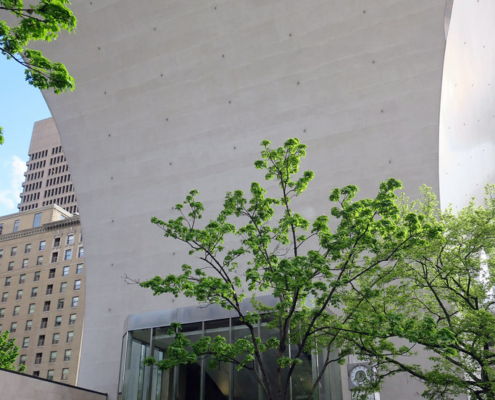 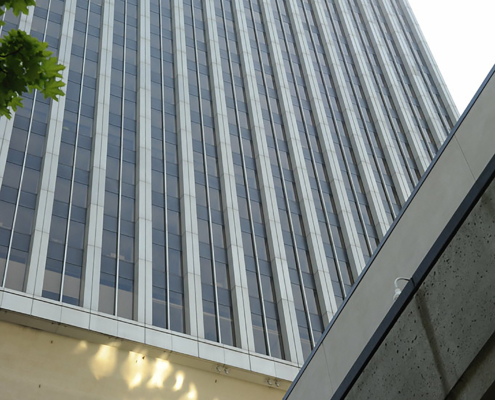 While mixed-use development surges in Seattle’s South Lake Union and Denny Regrade neighborhoods, the city’s central business district has remained largely 9-to-5, dominated by commercial high-rises and struggling retail. Into this context, Rainier Square introduces an urban catalyst, replacing an underdeveloped property with vibrant retail, preeminent office space, and unique residential units. Approximately one-quarter of the site is occupied by Rainier Tower, a beloved city icon with dramatic sweeps of concrete designed by the mid-twentieth century architect Minoru Yamasaki. Rainier Square preserves views to and from Yamasaki’s urban landmark by locating the new 846-foot-tall tower—Seattle’s second-tallest—on the opposite corner of the block, with a reciprocal curve that meets the street wall below the peak of the Rainier Tower’s distinctive base. This new building contains 722,000 square feet of Class A office space on floors 2 and 4 through 37, rising to the height of the Rainier Tower, and 191 residential units above, on floors 39 through 58, for exceptional views and the city’s highest residences. Because the city’s façade density requirement—the ratio of transparency to opacity—varies from program to program, a modular panel system was designed to adjust accordingly, with three types of metal “prisms” creating an ephemeral, shifting effect as light interacts with the façade throughout the day. Moreover, the glass targets energy performance 7.5% above Seattle Energy Code requirements, which are already some of the country’s most stringent, exceeding national standards by more than 11%. When Rainier Tower was completed in 1977, it was a bold vision: one of the city’s tallest buildings, a distinctive, unique form that emphasized the experience at ground level as much as its striking modern profile against the sky. Now, Rainier Square updates this vision for the 21st century, bringing vitality to the surrounding blocks and reestablishing the importance of downtown in the life of contemporary Seattle.