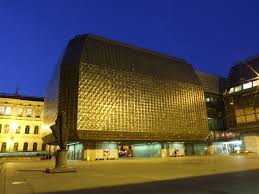 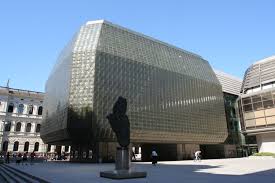 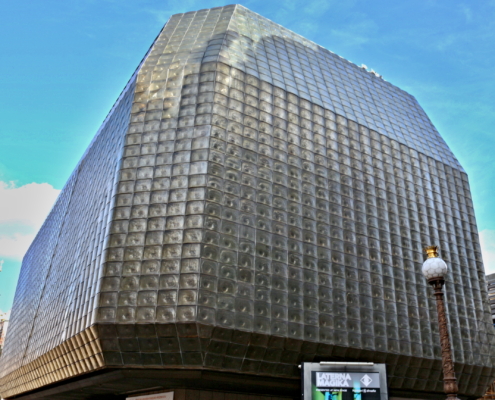 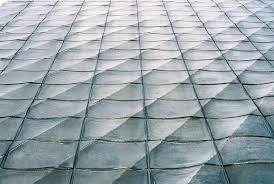 The New Stage Theatre (Nová scéna) was originally called the 'Laterna magika Theatre', and was established in 1958 as the world's first multimedia theatre. The shows, which are still named Laterna magika performances, offer a uniquely Czech theatre experience. They mix illusionary black light theatre effects with film and computer generated visual effects, and incorporate live dramatic action. Colourfully dressed mime artists move the storyline along, while energetic dancers perform various genres ranging from ballet to modern dance. Performances are vibrant and fast moving, often with an emotional edge. The theatre building is a huge glass structure situated next to the National Theatre in the centre of Prague. It is an icon of the communist era, designed to portray a sense of power. The theatre is also a Czech cultural monument, known throughout the country. Most Czech families travel to Prague to watch a show at least once in their lives, which results in a mixed audience of Czech people and tourists. Laterna magika shows at the New Stage Theatre are a visual experience with little or no spoken words, so are suitable for an international audience of both adults and children. The theatre is 5 minutes walk from Wenceslas Square and 10 minutes from the Old Town Square and Charles Bridge.