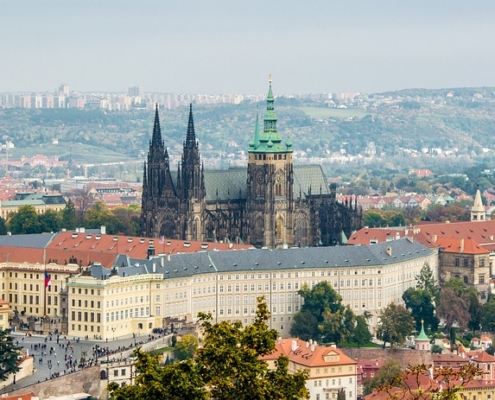 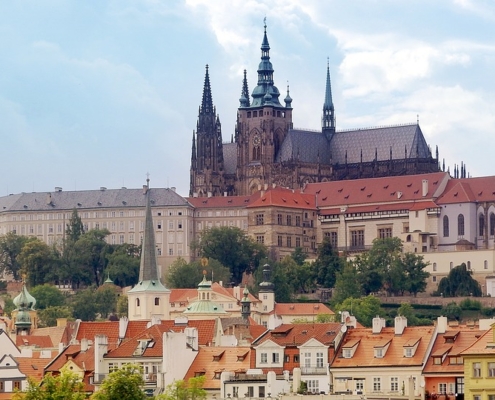 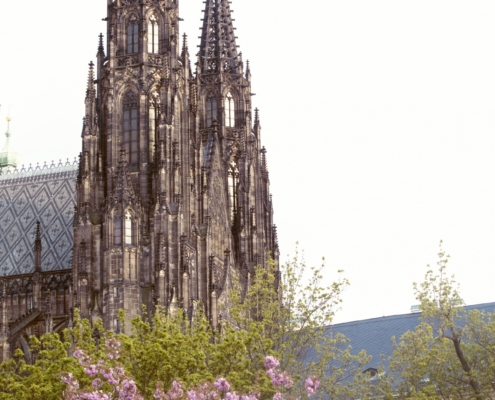 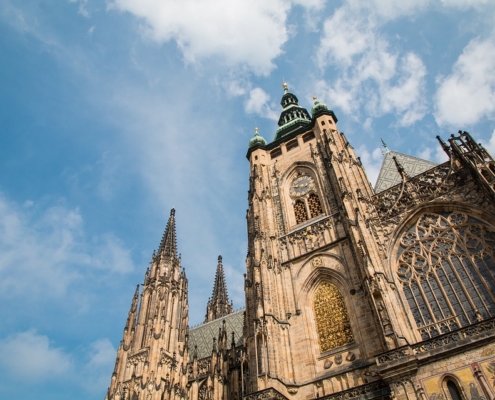 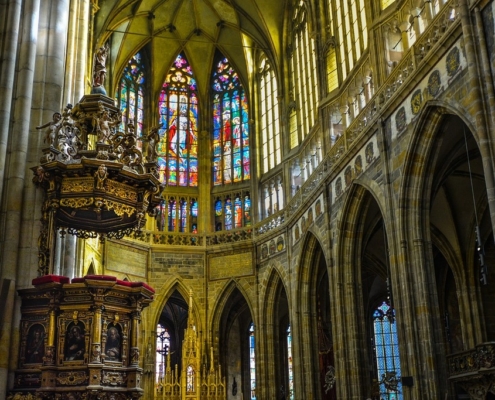 Records indicate that Prague Castle is the largest castle area in the world. Its three courtyards and a number of magnificent buildings cover over 18 acres, so be prepared to see a lot and do some walking. Depending on the time you have and your interests, you can decide which interiors to visit. The Prague Castle was founded around 880 by prince Bořivoj of the Premyslid dynasty. Starting in the 10th century, the Prague Castle served as the seat of Czech princes and later kings, and the seat of the Prague bishop. The Prague Castle experienced one of its greatest periods during the reign of Charles IV (1346-1378) when it became the seat of the Holy Roman Emperor. The Royal Palace was rebuilt, the fortifications were strengthened, and the construction of St. Vitus Cathedral was initiated, following the style of Gothic French cathedrals of the time. The expansion of the Castle continued during the reign of Charles' son Wenceslas IV, but the Hussite wars (1419 - 1437) and the subsequent decades during which the Castle was abandoned lead to its deterioration. The Royal Garden was built and entertainment sites such as the Belvedere and Ballgame Hall were added in the 16th century. The Cathedral and Royal Palace were modified. New residential buildings were built to the west of the Old Royal Palace. The last large reconstruction of the Castle took place in the second half of the 18th century when it took on a style of a chateau.

Information provided in part by: my Czech Republic