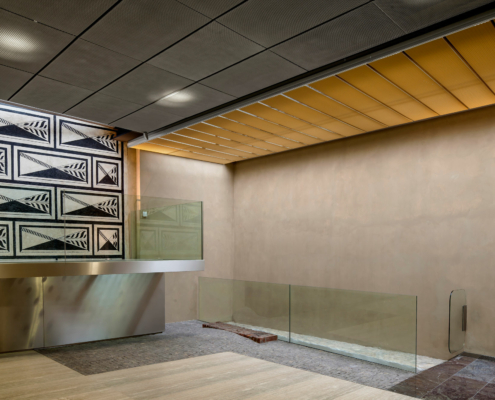 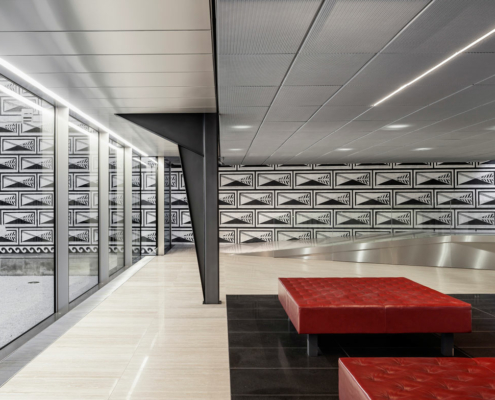 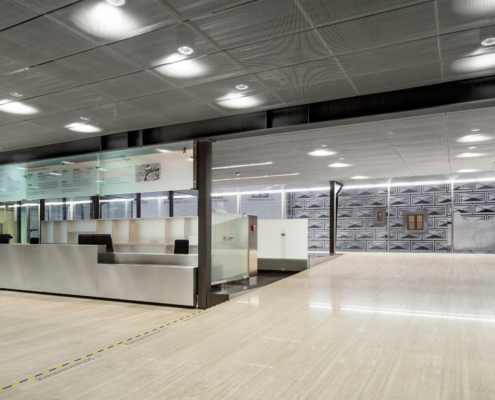 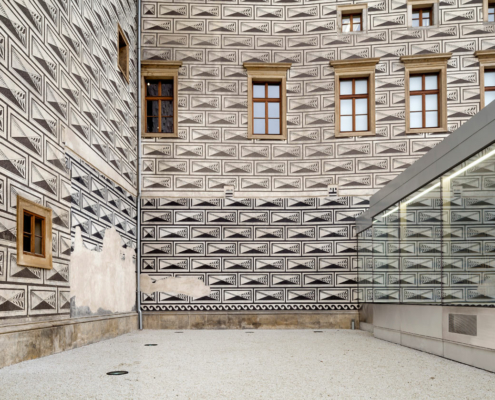 " In the grounds of Prague Castle, among various palaces currently reused to house the National Gallery, the brief was to design a small building that provides an entrance to the museum complex.Two parallel surfaces organize what used to be an empty space without weighing it down: one forms the floor, the other the roof. The floor emerges as a surface layer of the earth, folding subtly over itself to adapt to minor differences in level and ease access to the neighbouring buildings. It is hard but it also conserves some of its organic nature, materialized in plants, earth and water. The roof, the boundary that separates us from the sky, is a continuous sheet that does not quite touch the buildings around it, producing great skylights and generating an enigmatic interplay of reflections. An organic layer, topped with gravel, that marks the bounds of a secret garden. The inner space is open, flexible, multiple and complex, as well as light filled. Its vertical limits are the existing façades, their only tectonicity expressed in the topography of the ground. The rest is light, reflections, and the dialogue, almost without touching, between roof and walls."