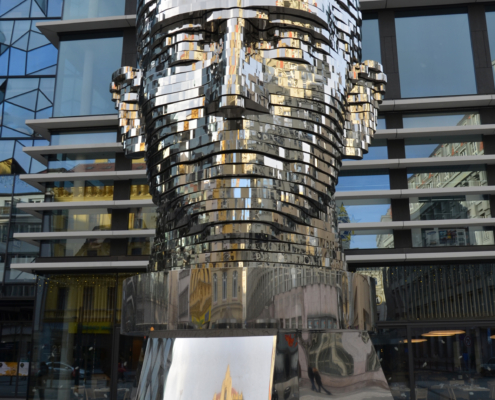 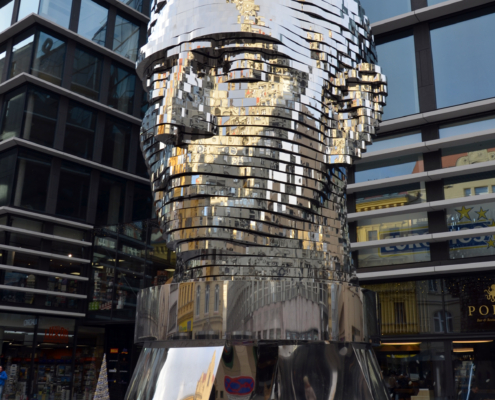 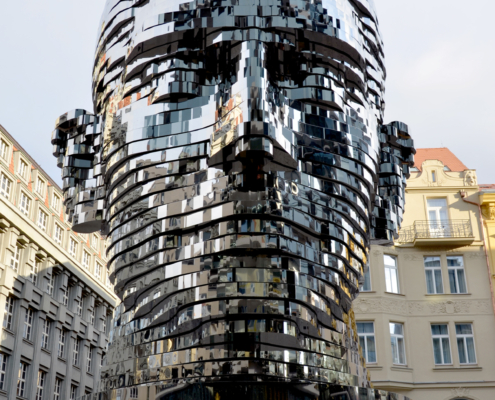 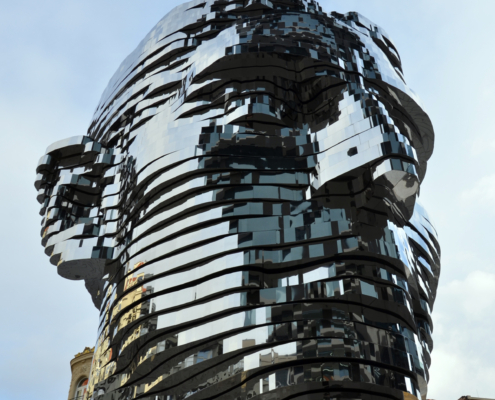 Franz Kafka, one of Prague’s most celebrated literary sons, was plagued by self-doubt and depression throughout his life. This mirrored, kinetic sculpture of the author seeks to reflect that by physicalizing the ever-turning pieces of the writer’s mind. His face is only there for a moment or two before disintegrating again once the layers begin to twist. Created by artist David Černý, the bust is composed of 42 different layers that rotate individually. Each layer is mechanized, using gears inspired by traditional Czech clockwork, like that of the famed astronomical clock. The patterns in which the layers twist are reprogrammable, meaning they can be entirely randomized, or completely orderly. The bust sits close to the insurance company in downtown Prague where Kafka worked his day job. Černý, who is known for his provocative installation work, was so pleased with the outcome of Hlava Franze Kafky (Franz Kafka’s Head), he made another in North Carolina. Rather than a famed author, he made the bust in the shape of his own head. He kept some reference to Kafka in the title though: “the Metalmorphosis.”