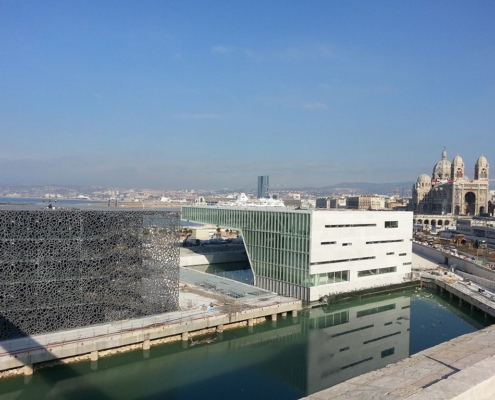 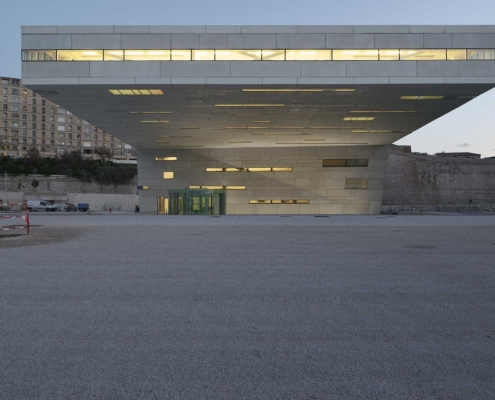 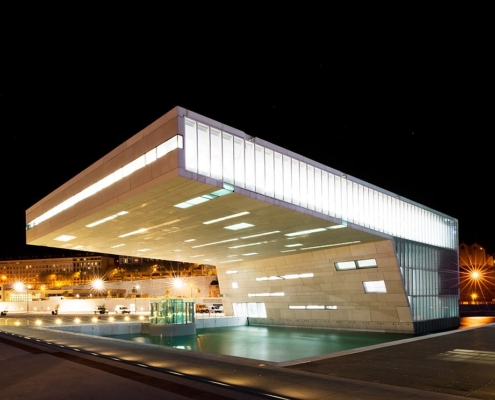 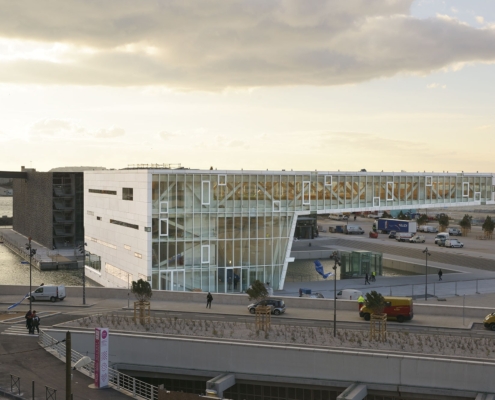 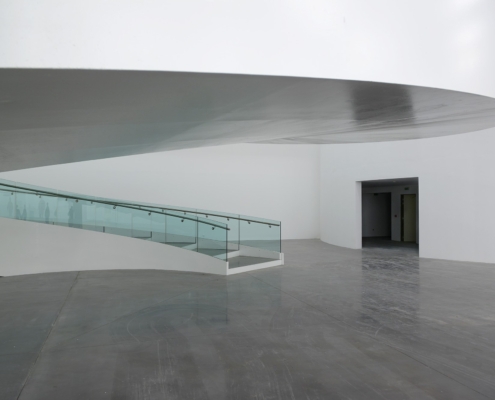 Winner of the international competition for La Villa in Marseille in 2004, the project foresees the construction of the new Centre Régional de la Méditerranée, a large multifunctional building overlooking the Port of Marseille’s docks. Covering almost 9,000 sqm, the building is destined to host cultural events, research activities and spaces for documentation of the Mediterranean Region. Scheduled to be inaugurated by the year 2013, marking Marseille’s role of European Cultural Capital, the Villa Méditerranée interprets the intentions of the cultural project behind the initiative and makes them explicit: Villa Méditerranée has been conceived as a place of gathering and fusion of the different identities present in the Mediterranean Sea. Purposely free from any kind of folkloristic allegory, the project’s simple form points at the sea as the natural space of reference, visible and close to both the interior and exterior of the building. Seawater is brought into the project through an artificial dock that, placed between the suspended 36 m-cantilever and the conference center located underwater, becomes both central space and element within the C shaped building. This way, the sea becomes the core element of the project: the water plaza, enclosed in the building’s interior, is the public space representing the institution; not a basin with ornamental intentions, but rather the union, the means of contact that orients, animates, and organizes the building as a whole.