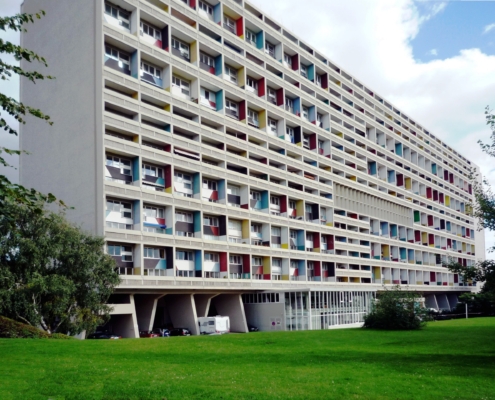 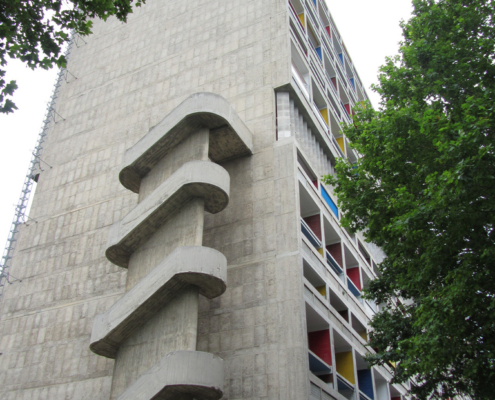 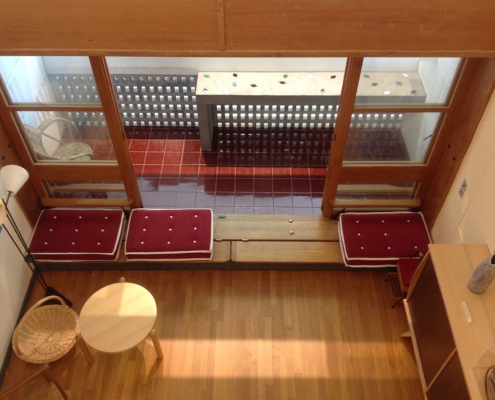 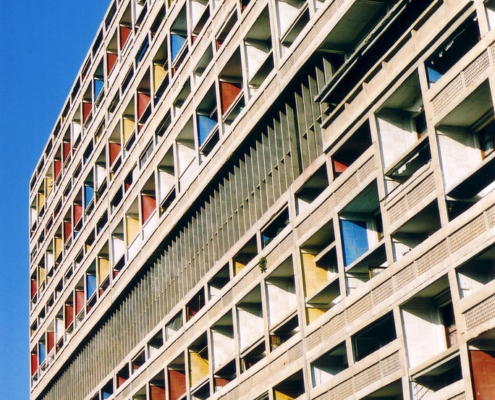 After World War II, the need for housing was at an unprecedented high. The Unite d’Habitation in Marseille, France was the first large scale project for the famed architect, Le Corbusier. In 1947, Europe was still feeling the effects of the Second World War, when Le Corbusier was commissioned to design a multi-family residential housing project for the people of Marseille that were dislocated after the bombings on France. Completed in 1952, the Unite d’ Habitation was the first of a new housing project series for Le Corbusier that focused on communal living for all the inhabitants to shop, play, live, and come together in a “vertical garden city.” The Unite d’Habitation was a first, both for Le Corbusier and the ways in which to approach such a large complex to accommodate roughly 1,600 residents. Especially since Le Corbusier did not have many buildings of such a substantial scale when compared to the villas. When designing for such a significant number of inhabitants natural instinct is to design horizontally spreading out over the landscape, rather Le Corbusier designed the community that one would encounter in a neighborhood within a mixed use, modernist, residential high rise.

The Stade Vélodrome Scroll to top